A Lebanese prosecutor on Tuesday issued a travel ban against central bank chief Riad Salameh over a lawsuit accusing him of financial misconduct, a judicial source told AFP.

Salameh is among the top Lebanese officials widely blamed for an unprecedented financial crisis that the World Bank says is of a scale usually associated with wars.

He is the target of a series of judicial investigations both at home and abroad on suspicion of fraud, money laundering and illicit enrichment, among other allegations.

“The decision came after she questioned a number of senior central bank employees,” the source added.

The travel ban is pursuant to a lawsuit filed by an activist group against Salameh over alleged financial misconduct, according to the source.

Aoun has summoned Salameh for questioning over the case but the exact date of the session has yet to be publicly disclosed, the source added.

Lebanon opened a local probe into Salameh’s wealth last year, after the Swiss attorney general requested assistance in an investigation into more than $300 million which Salameh allegedly embezzled out of the central bank with the help of his brother, Raja.

Salameh has repeatedly denied the charge.

Earlier on Tuesday, prosecutor Jean Tannous, accompanied by security forces, visited a number of commercial banks to demand bank statements relating to Salameh’s brother as part of the investigation.

But “the banks rejected his request under the pretext that it violates banking secrecy laws,” the judicial source said.

Salameh, one of the world’s longest-serving central bank governors, has long downplayed the accusations levied against him as unfounded and lacking in evidence.

In November, Salameh said that a report filed by an audit firm he had hired showed that no public funds were used to pay fees for a company owned by his brother. ‘We will all die’: In Kenya, prolonged drought takes heavy toll 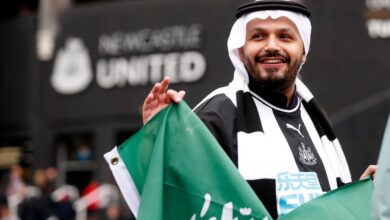