Lebanon celebrated Christmas with a set of Christmas trees that commemorated the victims of the Beirut port blast this past August.

Beirut is still experiencing the aftermath of the August 4 explosion, one of the biggest non-nuclear explosions in history, that killed over 200 individuals, injured thousands of people, and devastated several districts in the capital center. Despite that, Lebanon’s governmental and non-governmental institutions decorated for Christmas in a different approach that reflected the city’s grieving for its loved ones.

A Christmas tree with names of those who died during the Beirut port explosion was installed only a few hundred meters from the explosion site inside Beirut’s port. 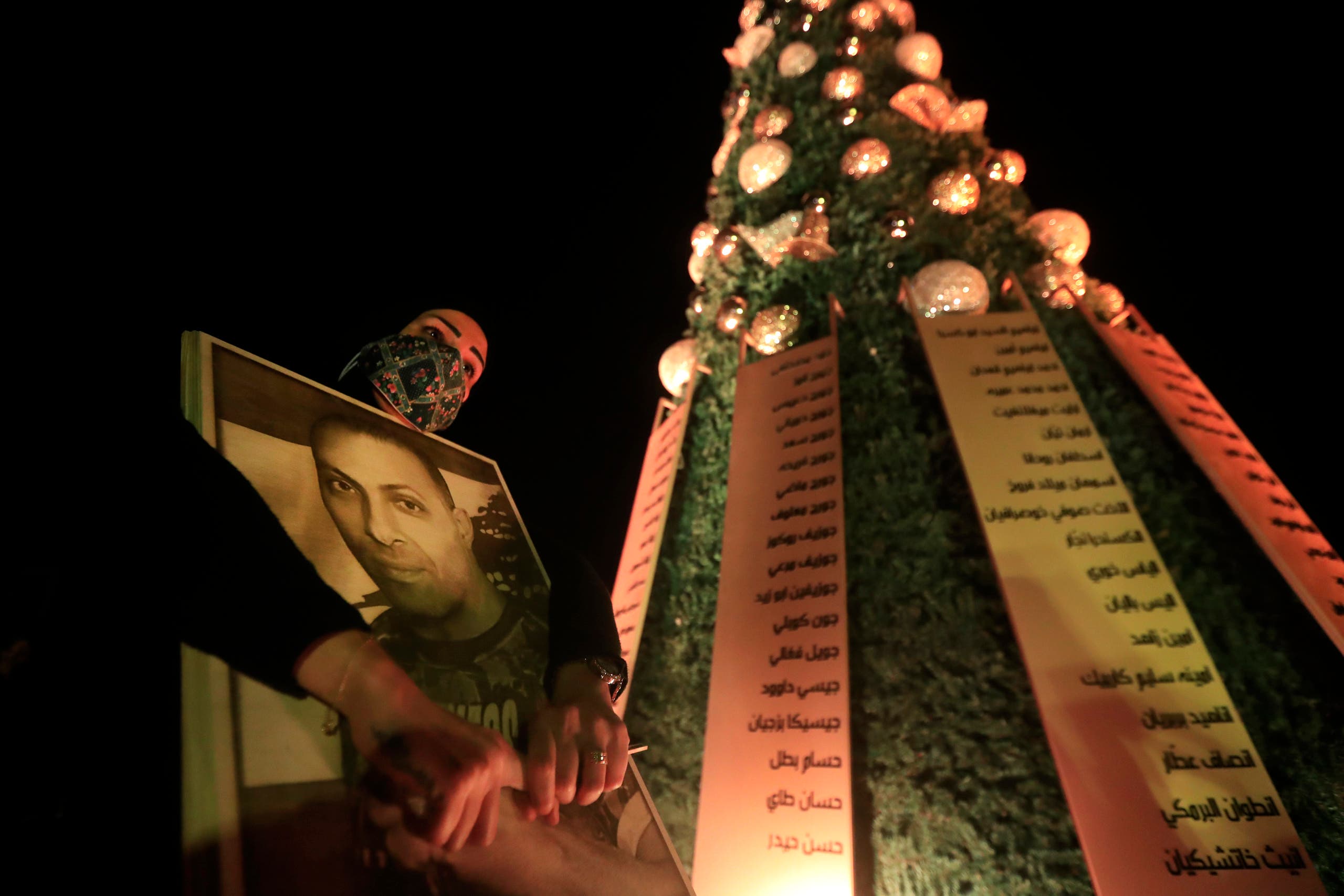 A woman holds a portrait of her relative killed during the Beirut port explosion as she passes a Christmas tree decorated with names of those who died in the Aug. 4 explosion in Beirut, Lebanon, Monday, Dec. 21, 2020. (The Associated Press) 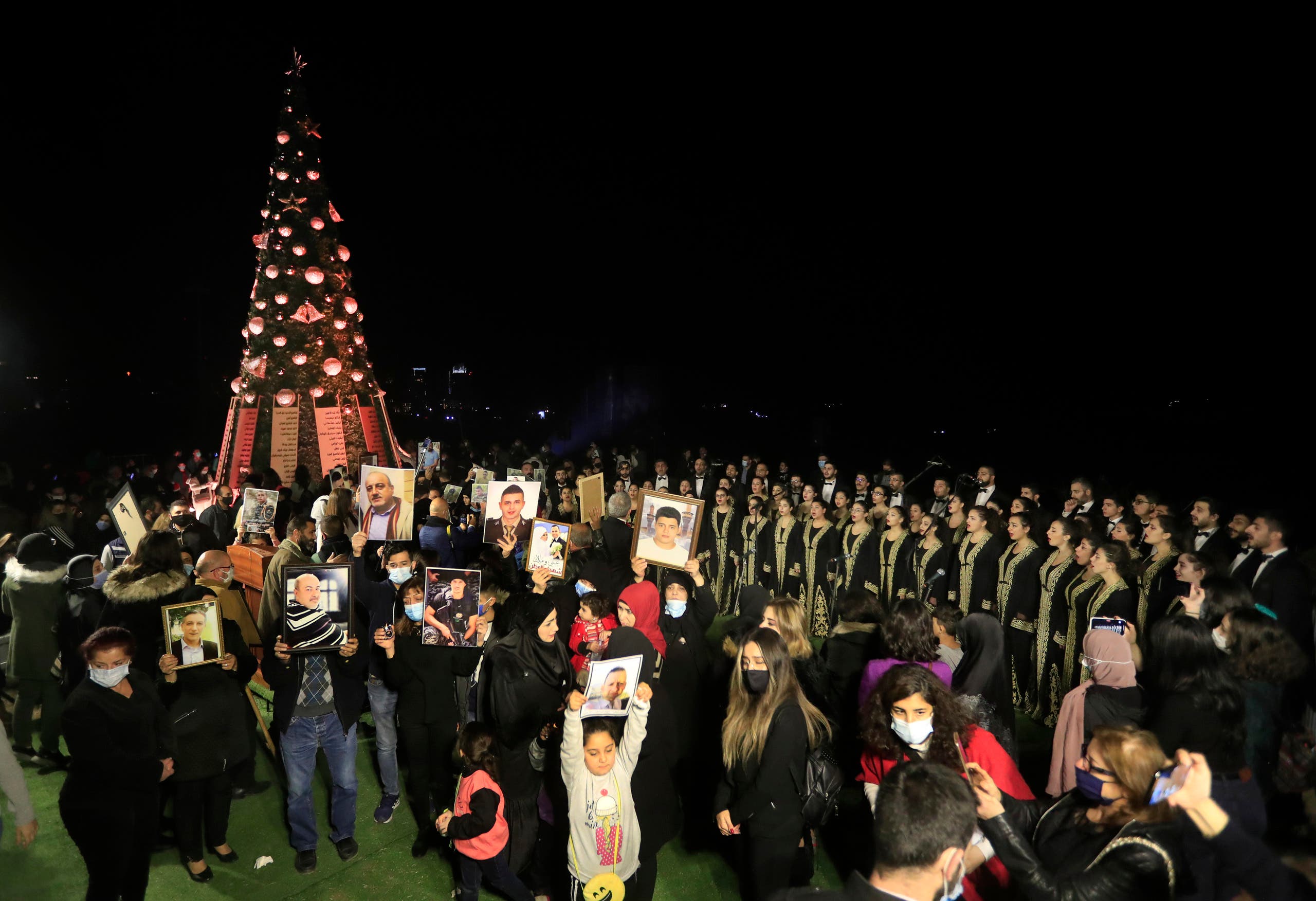 Relatives of victims killed during the Beirut port explosion hold up their portraits as they stand next to a Christmas tree decorated with names of those who died in the Aug. 4 explosion in Beirut, Lebanon, Monday, Dec. 21, 2020. (The Associated Press))

On the other side of Beirut’s port entrance, another Christmas tree was decorated by Beirut’s firefighter department with uniforms of their colleagues who died while trying to extinguish the fire that eventually caused the explosion on August 4. 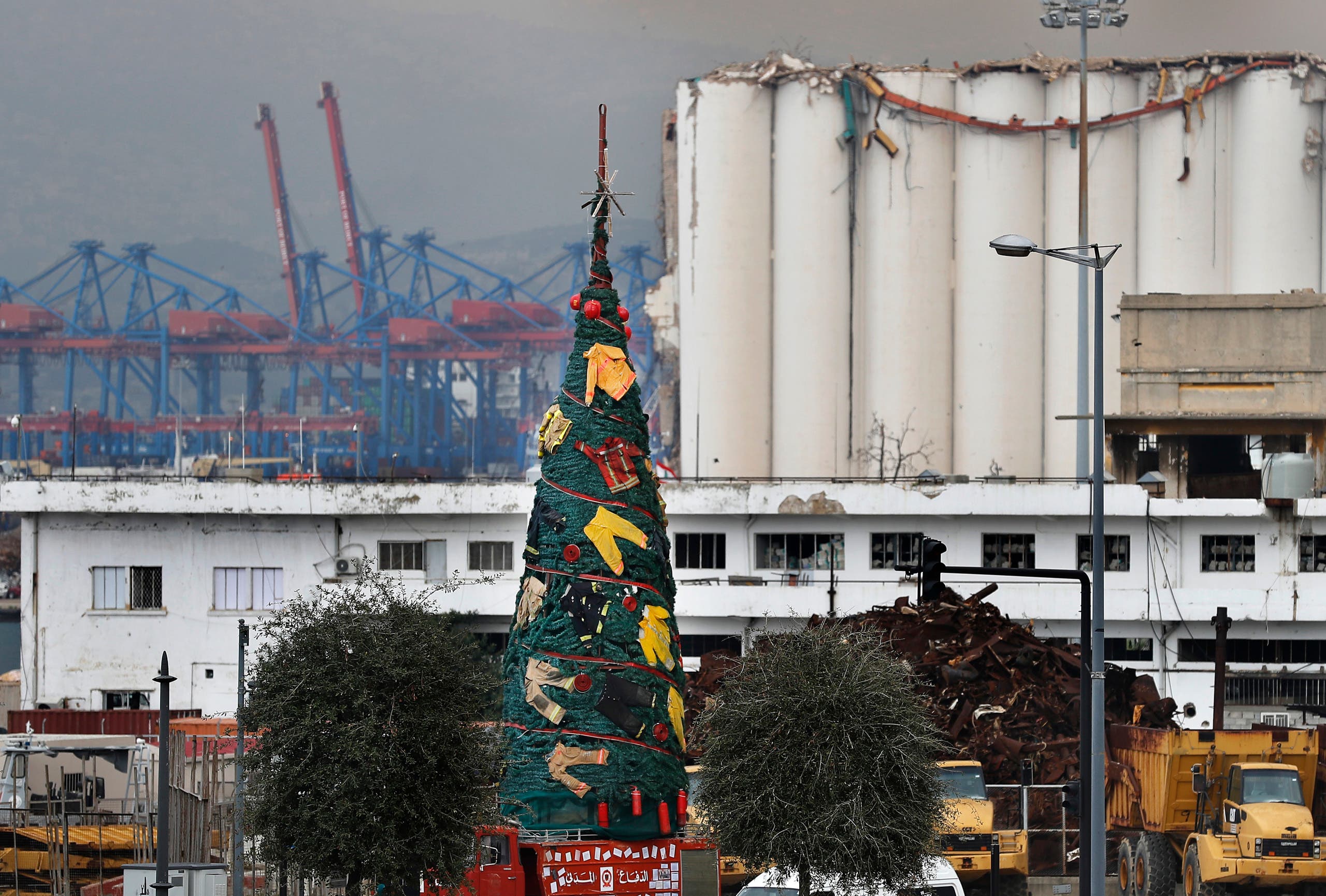 A Christmas tree decorated with firefighter uniforms to commemorate those who died while trying to extinguish the fire in the August explosion at the Beirut seaport is on display in front of damaged silos, in Beirut, Lebanon. (The Associated Press)

In the middle of Sassine Square, an area that was also damaged by the explosion, Lebanon of Tomorrow, a non-governmental organization that helped rebuild damaged houses, installed a Christmas tree decorated to look like Beirut’s ancient houses that were heavily damaged in the explosion. 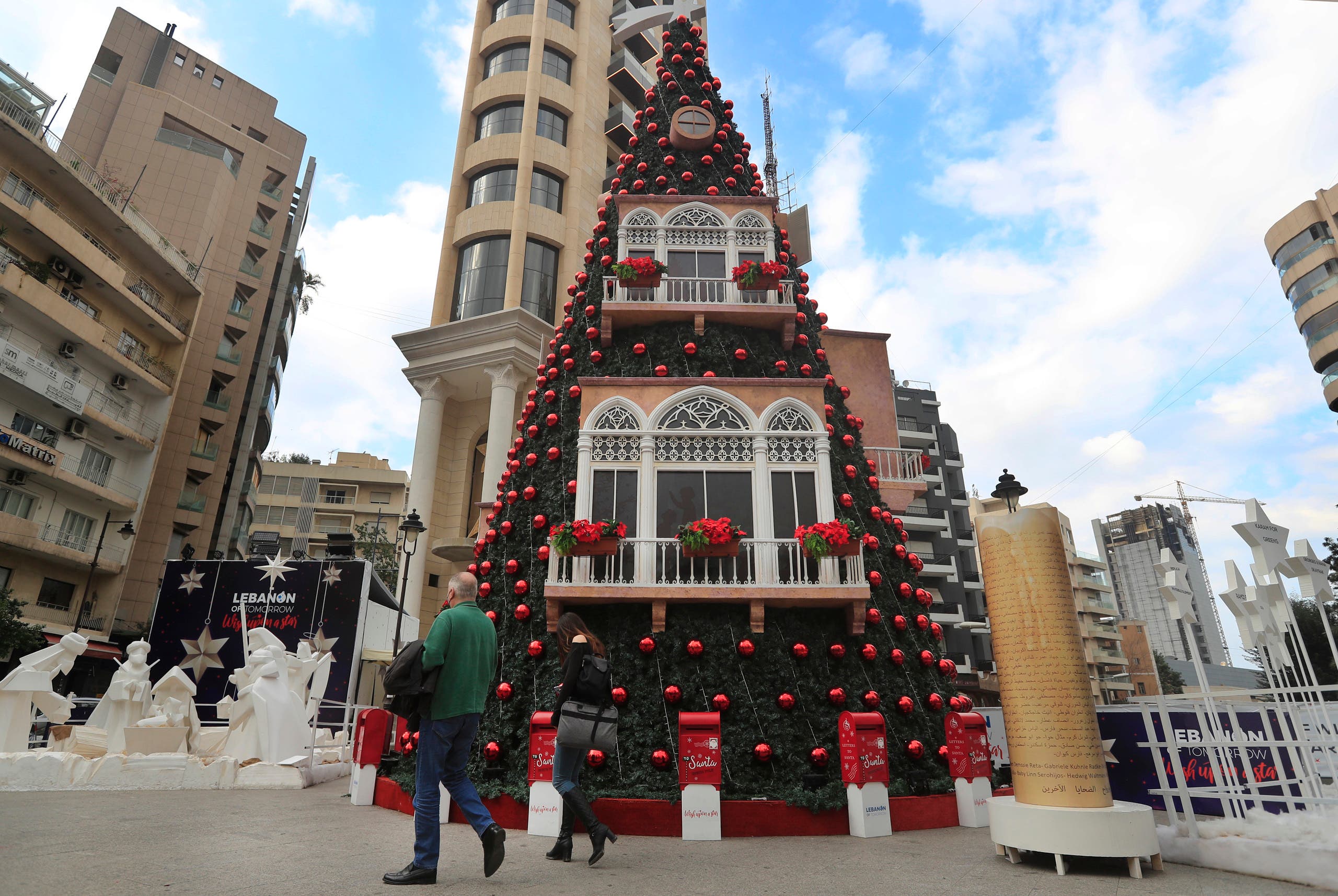 A Christmas tree is decorated to look like Beirut’s ancient houses that were damaged in the Aug. 4 seaport explosion. (The Associated Press)

In the Gemmayze area, and in front of the local police station which was heavily damaged by the explosion, police officers decorated a natural tree installed on top of debris from the police station left over from the damage induced by the port explosion.