Lebanon will agree next week on unified figures for losses in its financial system, the presidency said, seeking to reconcile different approaches taken by the government and central bank that have complicated IMF negotiations.

The UN special coordinator for Lebanon, Jan Kubis, said last week the discrepancy between the government and central bank figures, along with other factors, “only weaken” the country’s position in the IMF talks which began last month.

Lebanon is grappling with a financial crisis seen as the biggest threat to its stability since the 1975-90 civil war.

After a meeting grouping the president, prime minister, finance minister and central bank governor, the presidency said an agreement was reached on the “necessity of unifying the numbers according to one approach.”

“A meeting will be held on Monday to decide on the numbers in order to facilitate the negotiations” with the IMF.

A parliamentary sub-committee which has been seeking to help resolve the issue will hold closed-door meetings with the central bank and government in the next few days to narrow the gap between the figures by Monday, according to Ibrahim Kanaan, a senior MP who chairs the panel.

A majority of parliamentary blocs backed an approach that deals with the losses gradually rather than in one shot, added Kanaan, who heads parliament’s budget and finance committee.

“It’s important to get parliament on board as constitutionally any deal with the IMF should be validated by parliament,” he told Reuters.

A government economic recovery plan sets out holes in the financial system including $83 billion of projected losses in the banking system. The banking association, which rejected the government plan, subsequently has developed its own proposals. 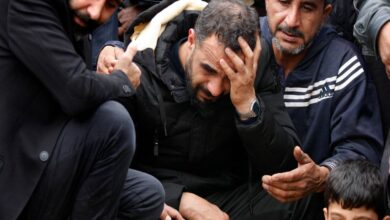