A financial adviser working with Lebanon’s government in talks with the International Monetary Fund said on Thursday that he had resigned, citing “no genuine will” to reform and attempts to dismiss the size of losses in the financial system.

Lebanon began IMF talks in May, aiming to secure aid to steer its way out of a major financial crisis. But the process has been complicated by a dispute over the scale of the losses set out in a government plan presented to the IMF.

In a statement, adviser to the ministry of finance Henri Chaoul said politicians, monetary authorities, and the financial sector were “opting to dismiss the magnitude” of losses and embark on a “populist agenda.”

“I have come to the realization that there is no genuine will to implement either reforms or a restructuring of the banking sector, including the Central Bank,” he stated.

Resignation is an important form of protest. Disclosing the reasons for such a move is equally important. I tried my best to serve public interest only to face institutional resistance. Below is a clear communique. 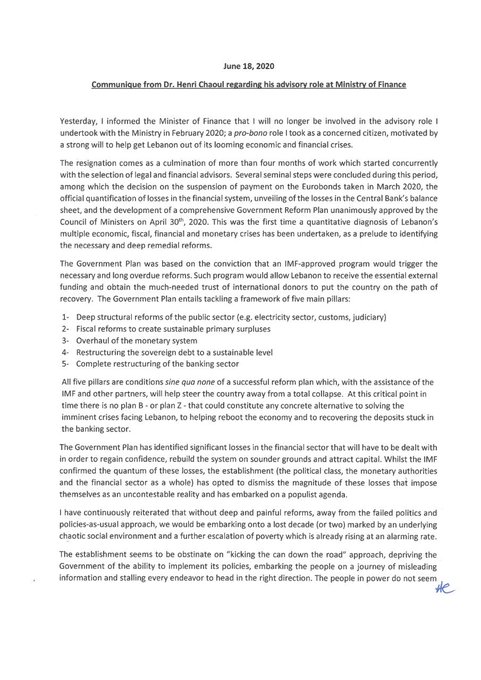 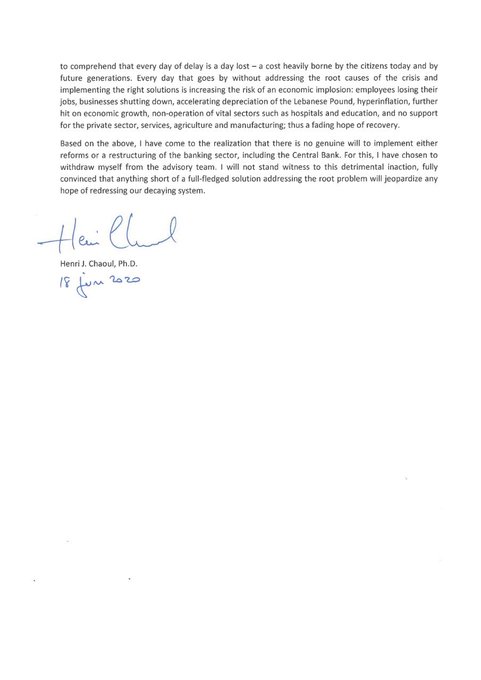 608 people are talking about this

The plan approved by Prime Minister Hassan Diab’s government projects huge losses including $83 billion in the banking system. Chaoul described it as the first time a quantitative diagnosis of Lebanon’s multiple crises had been undertaken.

The IMF has said the figures appear to be roughly the correct order of magnitude but that Beirut needed to reach a common understanding to move forward.

The numbers have met opposition from the central bank, the banking sector and a parliamentary fact-finding committee that has challenged the losses and assumptions.

Ali Hassan Khalil, a senior aide to the powerful Parliament Speaker Nabih Berri and a former finance minister, said the plan had been drawn up hastily, mistakes had been made and the fact-finding committee’s numbers were more accurate.

Citing issues with the plan, he told broadcaster MTV it assumed Lebanon would be unable to pay its bonds until 2043. This is what led the parliamentary committee “to put its hand on the matter at the request of Speaker Berri.”

Berri, who has said depositors’ funds are sacrosanct, is involved in efforts to forge a compromise over the losses, sources said. 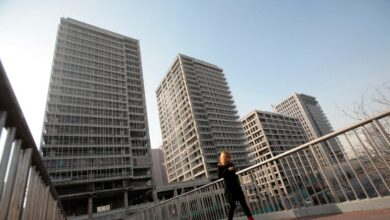