Lebanon’s prime minister – backed by Hezbollah and its allies – Saturday, lambasted protests that have rocked the country in recent days and alleged that a coup on his government had failed.

As Hassan Diab addressed the nation, hundreds of protesters were in the streets of Lebanon calling for the government to resign.

Protests resembling the nationwide anti-government protests that started last October erupted on Thursday and Friday after the local currency took a nosedive amid the unprecedented economic crisis and shortage of US dollars in the Lebanese market.

But Diab said the “coup attempt has failed,” against his government.

“Here lies the truth regarding the plan to manipulate the US dollar- Lebanese pound exchange rate, and here lie the secrets of the night of the coup against the October 17 uprising,” he said.

He was referring to protesters that took to the streets and looted public property and set branches of banks on fire. 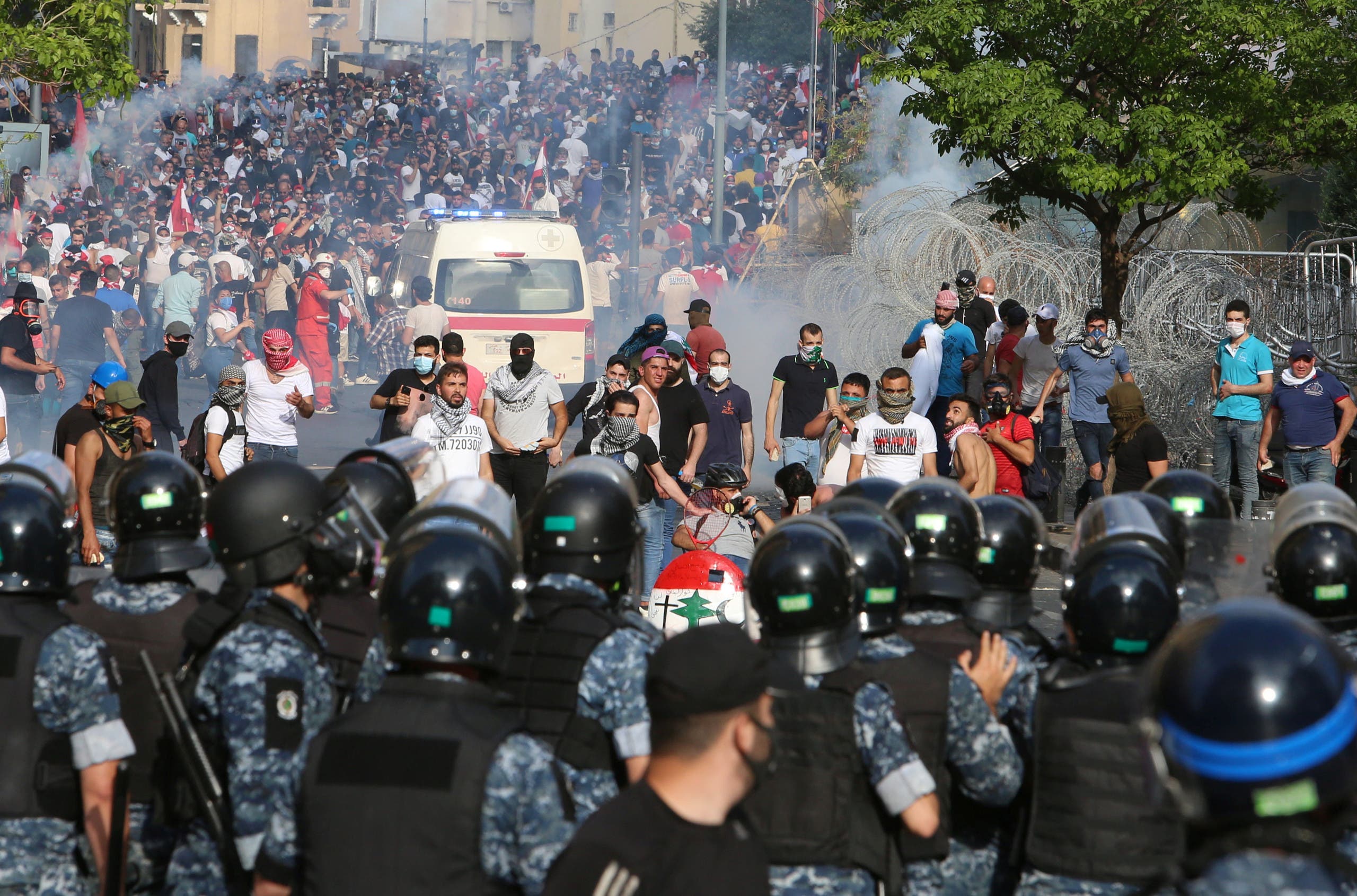 Demonstrators run amid a cloud of tear gas during a protest against the government performance and worsening economic conditions, in Beirut, Lebanon June 6, 2020. (File photo: Reuters)

Without naming anyone, Diab said that “some want to … prepare a new trick to dispose of people’s monies which they deposited and protected in the banks, and which have been transferred, by decision, to the State treasury which was wide open to robbers.”

While Diab’s government, in power since the beginning of the year, has failed to put a halt on the collapsing economic and financial situation in the country, he has consistently placed the blame on previous governments.

Diab alleged that there were “secret and public meetings,” and deals made “on and under the table” to overthrow the process of corruption detection, which he says he will disclose “in due course.”

Diab asked for more patience from the Lebanese and said, “We want to carry a unified national identity, chant one anthem, raise one flag, defend one nation, protect one people and [praise] the country, not a person, party, or confession.”

Referring to the decision made on Friday to reopen the Rafik Hariri International Airport on July 1, Diab warned that the “current incidents” would lead to continued suffering and would not help the national economy.

Saying he was confident that the crisis would be overcome, he called on people to refrain from “distorting the protests.”

The Lebanese pound has been pegged to the US dollar since 1997 at a rate of 1,507 for one dollar. On Thursday and Friday the black market exchange rate jumped to 6,000 per dollar.

The country has gone to the International Monetary Fund to ask for billions of dollars of aid. At the same time, a further $11 billion in soft loans and grants from the international community remains locked due to the government’s failure to implement specific reforms.