After the Beirut explosion disrupted his original marriage proposal plan, one Lebanese man popped the question with a message of hope: “Will you rebuild the future with me?”

Rayan Aouad, 26, had planned to roll out his proposal over a romantic dinner on August 5, but the explosion in Lebanon’s capital city on the eve of August 4 disrupted his plans.

Aouad, who owns a number of food and beverage outlets in Beirut, had wanted his surprise dinner proposal to be the first event at his new restaurant Luva.

The restaurant is located in Beirut’s Gemmayze neighborhood, which was badly damaged in the explosion. 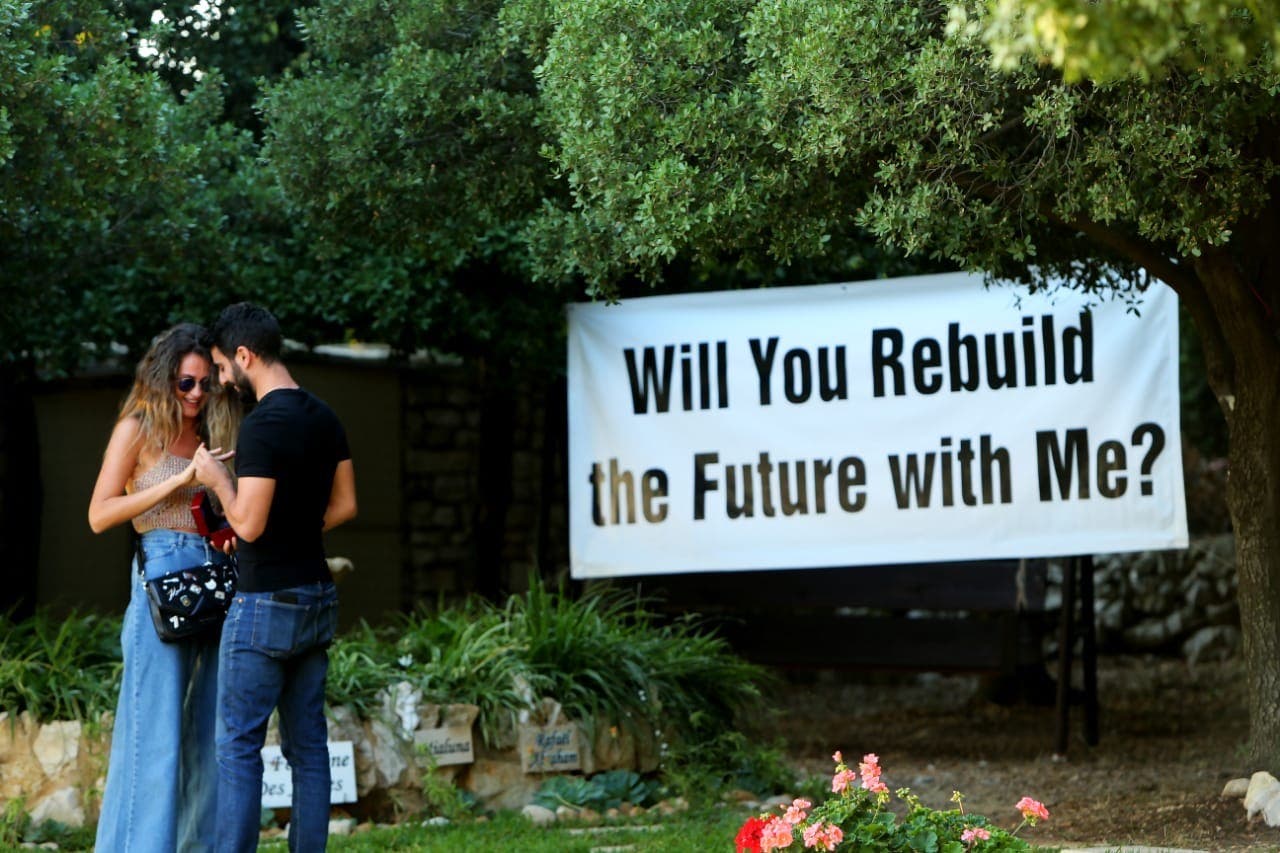 Rayan Aouad proposes to his girlfriend, north of Beirut. (Supplied)

The 2750-tonnes of ammonium nitrate explosion destroyed numerous neighborhoods surrounding the port and wrecked tens of thousands of properties, including Aouad’s restaurant house, and parents’ house.

Despite the materialistic damages Aouad incurred following the blast, he was determined to propose to his girlfriend, Lutchiana Tawil.

On August 22 Aouad brought Tawil, 26, to his family’s home in Tula, north of Beirut, where he popped the question in the form of a banner that read: “Will you rebuild the future with me?”

“Before the explosion, I was planning to write ‘You, Always,’” Aouad said. 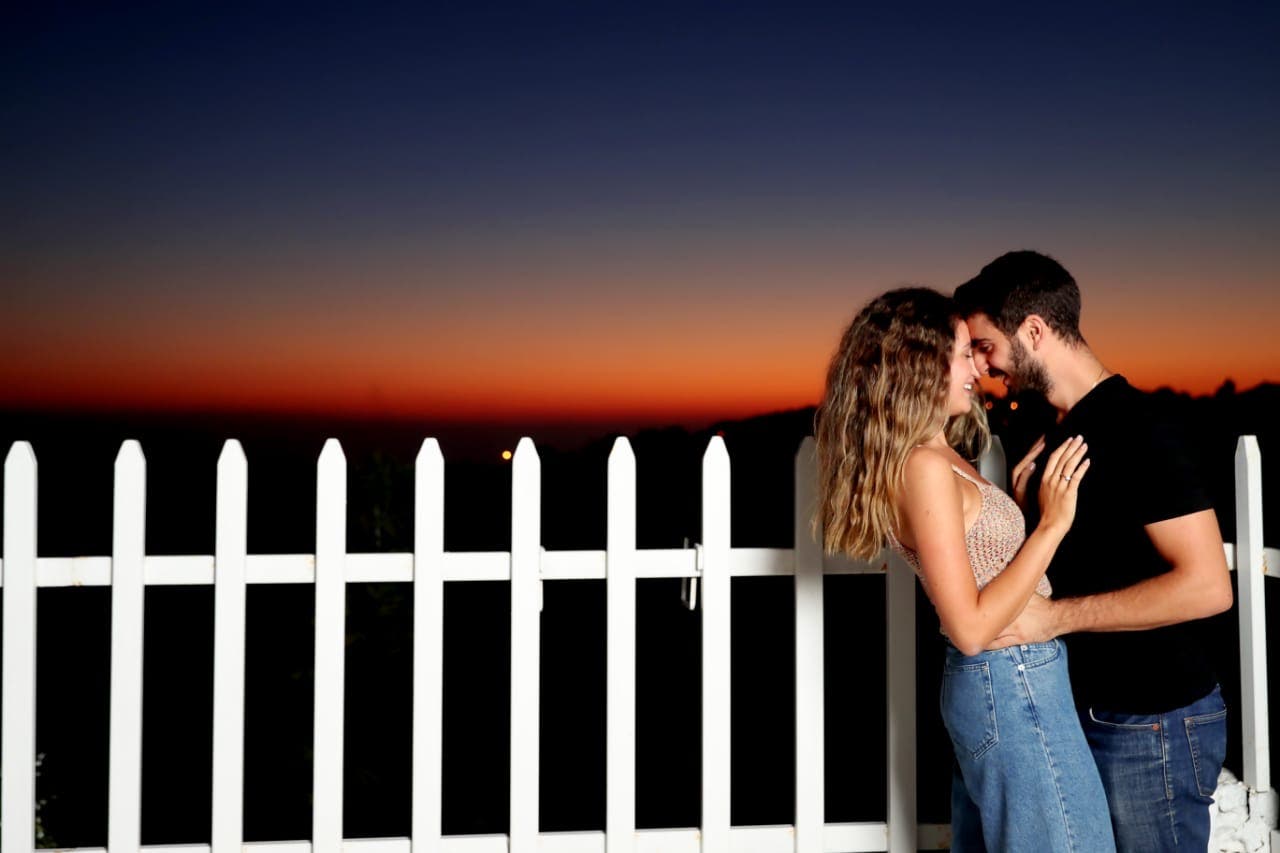 “The explosion made me come up with new text ‘Will you rebuild the future with me?’ because we needed to restart from scratch [rebuilding our future together], especially after the blast wrecked our homes and businesses,” he said.

“When she saw the banner proposal, she was so shocked and surprised that I told her ‘but you didn’t say yes,’” Aouad said.

Tawil didn’t see the proposal coming, according to Aouad, who said his fiancé had earlier discussed leaving Lebanon in the aftermath of the blast. 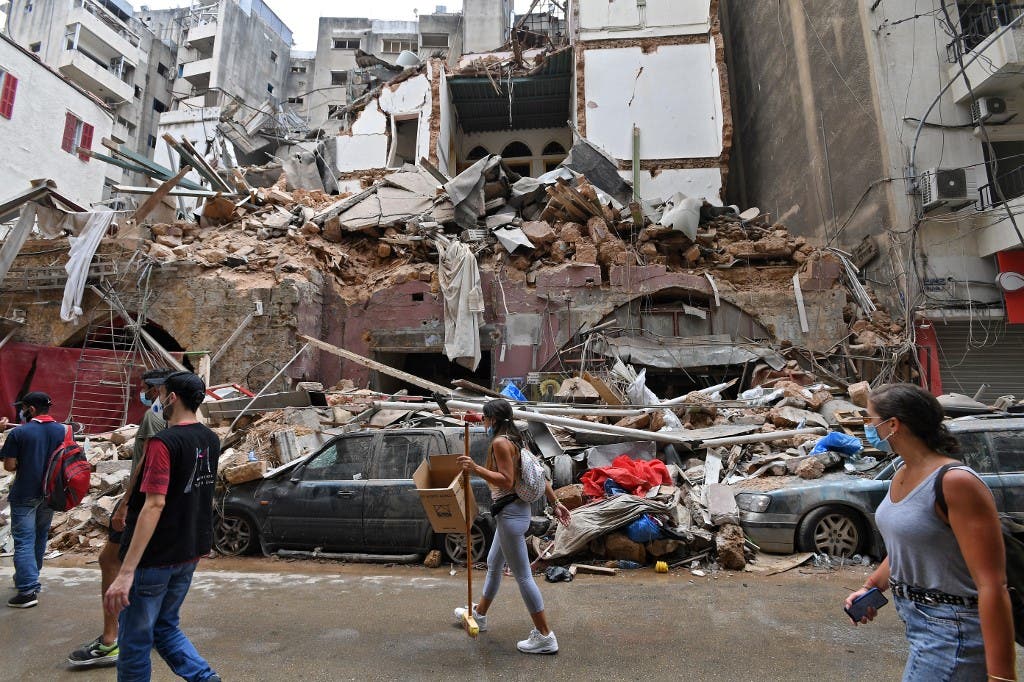 Lebanese volunteers clear the rubble at the devastated Gemmayzeh neighbourhood, on August 7, 2020, in the aftermath of a massive blast which shook the capital Beirut. (AFP)

“We are still young and capable of restarting. Besides, we are not leaving our businesses and properties and that was mainly what encouraged me to go ahead with my proposal plans,” he said.

Recounting the tragic moments that followed the explosion, the civil engineering graduate, Aouad, said he drove two of his staff who had been injured to the nearest hospital.

He said that it was a miracle that he escaped without injury, despite all the flying glass and debris.

Tawil said she and her fiancé spoke a lot about their future and that everything was perfect until Lebanon entered its ongoing economic crisis, which has worsened from the devastating explosion.

“When he proposed, I felt hope amidst all the sadness and anger happening to us and around us. I was thrilled to continue my life with a strong man who doesn’t give up and knows how to always get us up on our feet. He’s my strength,” she said. 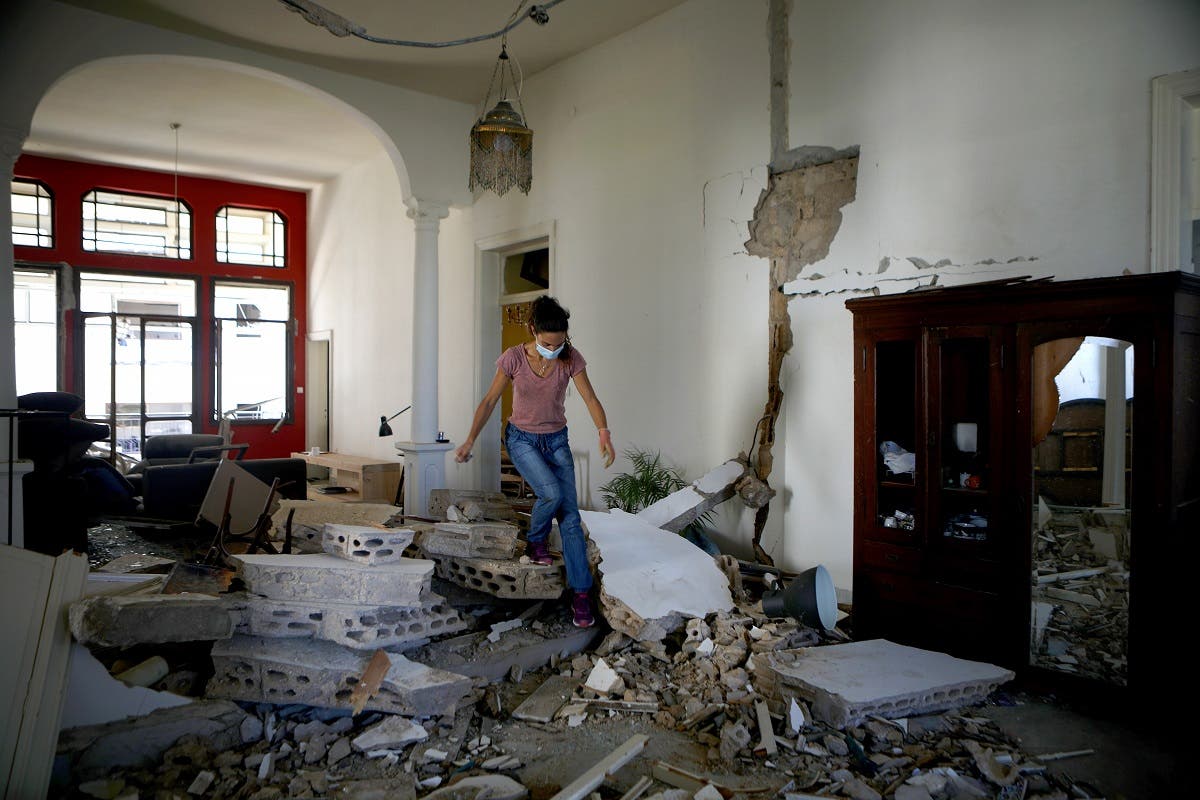 A Lebanese woman walks over the rubble in her apartment in the neighborhood of Gemmayze on August 5, 2020, a day after a blast in Beirut killed more than 100 people and wounded over 5,000. (AFP)

Despite Lebanon’s ailing economy and instability, hundreds of social media users congratulated Aouad and Tawil for a step deemed a “ray of hope and bright light in the dark tunnel” that the country is going through.

“After the blast I was certain that I wanted to continue my life with Lutchiana, whom I had known for more than three years now … actually I became more determined to restart from scratch together,” he said.