Just four months after leaving Lebanon and heading to Istanbul for a new life, a Lebanese couple have found themselves in a desperate search for answers over the disappearance of their newborn son in a Turkish government hospital.

Mohammed Salim, 27, and Jana Al-Qawzi, 23, say that hospital authorities have failed to give them a convincing explanation of the fate of their baby, who was taken from his mother’s arms moments after being born and vanished.

Jana’s mother, Nada Al-Qawzi, who works at the American University of Beirut, said “her daughter is devastated and inconsolable.”

She told Arab News: “Jana wanted to offer her unborn child a shot at a better life, so she decided to leave Lebanon, knowing that Mohammed owned a hardware store and Jana was an employee at a private hospital in Beirut.

“In Istanbul, they both found work and her pregnancy was normal. However, in the sixth month of pregnancy, doctors told my daughter that the baby’s heartbeats were slowing. A month later, Jana complained of abdominal pain and her doctor told her she should give birth immediately.

“That is when Jana and Mohammed’s tragedy began.”
Jana said that she cannot escape the nightmare she has been living in since July.

“My tears have dried, but I am on painkillers,” she said.
The couple’s residence permit in Turkey has expired, but Jana is refusing to leave without knowing the fate of her newborn in the Okmeydani hospital in Istanbul.

As a non-Turkish citizen, Jana had to pay the hospital 4,000 Turkish liras ($528) on July 5. But when she checked with the local authorities, they made the hospital admit her for free.

In the hospital, Jana was left alone in the delivery room after labor was induced. Her husband was not allowed to stay with her because other women were giving birth nearby.

Jana’s mother said that when her daughter gave birth, she was shocked that the baby was “so little and kind of blue-ish.”

As soon as he heard Jana’s screams, a doctor came and took the newborn away. Jana was not allowed to use her phone to take pictures of the infant.

Moments later, medical staff came back to tell her that the baby had died. Jana called Mohammed, who was waiting outside, and said she heard him wailing.

Ever since that moment, she said, the couple’s life had become hell.
The couple still do not know the fate of their newborn. A woman who was giving birth in the next room told Jana that her baby was still alive, while the hospital administration told Jana that he was dead.
When the couple asked for the baby’s body to be returned, they were given contradictory answers. No trace of the newborn was found in the hospital’s records and the only name found was Jana’s.

One doctor wrote down in a medical report that the baby was born alive but died after being placed in intensive care, while another claimed that the baby died during birth and the body removed by a nurse.

The couple hired a lawyer and Jana’s mother asked a human rights organization in Beirut to investigate and provide psychological help for her daughter.

Turkish authorities also launched an investigation, but that was very slow, according to the lawyer, who advised the couple to go to the Turkish media to raise the issue.

Jana’s mother said the Lebanese embassy in Turkey contacted the couple and Turkish authorities. It told the couple that investigations have been extended to three nurses and that the manager of the hospital morgue “went off the grid after shutting down his cell phone.”

Two months after the incident, Jana is yet to discover the fate of her baby, while local authorities are pressuring Jana and her husband to leave the country.

However, the couple say they will stay on, even if it is illegal, until they know the truth.

Mohammed has lost his job and, according to Jana’s mother, Jana is working as a babysitter, hoping to get a new residence permit.
“They want to know the truth before coming back to Lebanon,” she said.

The couple have named their lost son Mohammed.

Jana’s mother said: “We want this case to reach the Turkish President Recep Tayyip Erdogan. We have documents, but they are inconsistent with the course of the incidents. My daughter has made peace with the death of her newborn, but she will not rest without knowing his fate.”

Many theories have been put forward about the incident, but Jana refuses to believe any of the claims.

Is it possible that the baby was used for the illegal trade in human organs? More than 1,500 babies are believed to have disappeared in mysterious circumstances in Turkey.

“I do not want to think about this possibility because it is killing me,” said Jana.

Lebanese lawyer Paul Morcos has raised questions about the Turkish hospital’s handling of the case, asking why it refused to receive fees from the couple or give them hospital bills.

He has also highlighted the hospital’s contradictory information and the “disappearance” of the person in charge of the morgue.
“We want to know what happened, and we want to retrieve the body to be able to exclude the possibility of an organized crime,” he said. 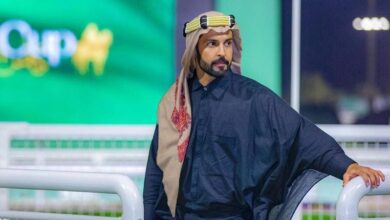 The Saudi Cup is Much More Than Horses!