Most lawyers for Sudan’s ousted president Omar al-Bashir and other defendants walked out of his trial over a 1989 coup in protest at alleged bias on the part of the prosecutor general.

Dozens of lawyers, in a hearing broadcast on Sudanese television, left the courtroom after the prosecutor, Tagelsir al-Hebr, read out the charges.

Al-Bashir and the 27 others face accusations of undermining constitutional order and use of military force to commit a crime, Hebr said.

Defense lawyer Abdelbasit Sebdarat said that Hebr had made the same accusations even before taking up the post of public prosecutor.

“He lodged these complaints as an ordinary citizen. Now, as he is prosecutor general, we object to him reciting the charges,” the lawyer said.

Presiding judge Essam Ibrahim responded that “whoever wants to leave, they can,” and adjourned the trial to October 20.

The 28 defendants stand accused of plotting the 1989 Islamist-backed military coup that brought al-Bashir to power. 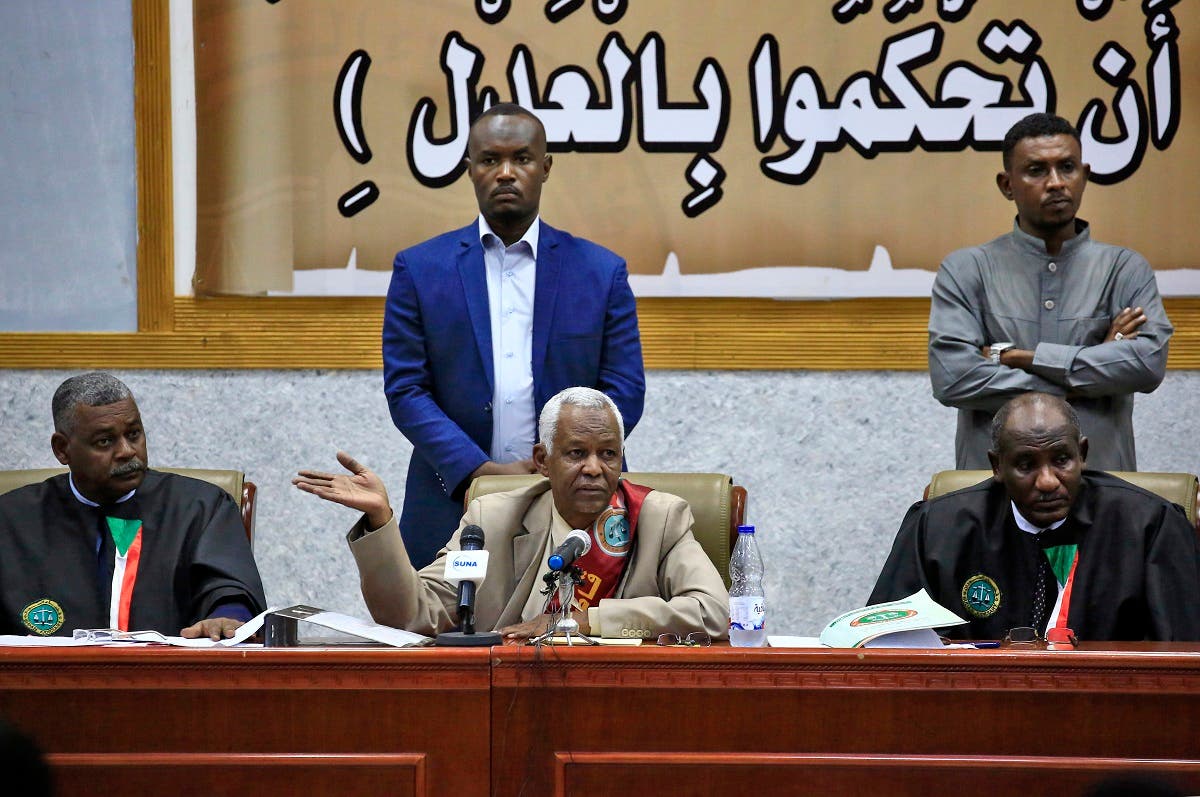 The presiding judge Issam al-Din Mohammad Ibrahim (C) speaks during a hearing in the trial of al-Bashir (unseen) and 27 co-accused over the 1989 military coup, in Khartoum, on October 6, 2020. (AFP)

Proceedings have been repeatedly delayed, with Tuesday’s hearing the sixth since the trial opened in July.

Al-Bashir ruled with an iron fist for 30 years until his overthrow on April 11, 2019 following unprecedented youth-led street demonstrations.

If convicted, al-Bashir and his co-accused – including former top officials – could face the death penalty.

Al-Bashir is also wanted by the International Criminal Court (ICC) on charges of genocide and crimes against humanity in the western region of Darfur.

The United Nations estimates 300,000 people were killed and 2.5 million displaced in the conflict since 2003.

Sudan’s transitional government has agreed that al-Bashir would stand trial before the ICC.

However, in an August peace deal with rebels, the government agreed to set up a special court for crimes in Darfur and that al-Bashir should also face that court.

Two rockets land near US embassy in Baghdad, no casualties reported Philippine schools reopen after one of world’s longest shutdowns