Dr Keith Pardee knows time is of the essence, as front-line healthcare workers are still scrambling to diagnose the novel coronavirus and contain its spread around the globe.

“The lack of diagnostics has been a real problem leading to quarantines and restricted travel,” said Pardee, an assistant professor at the University of Toronto’s faculty of pharmacy.
He said he saw a similar pattern of delayed testing during outbreaks of Ebola in West Africa and Zika in Brazil – and that’s where he hopes his research team’s “lab-in-a-box” system will eventually come in. “You could ship it anywhere, and it would have the hardware and the tests needed to do thousands of patient samples fairly quickly,” said Pardee.

His team, which includes research scientists in Brazil and Vietnam, received funding this month from the Canadian federal government to develop a low-cost, portable system to test for COVID-19.

The project is one of several innovations that research scientists, doctors, and other medical experts are racing to test and hope to roll out amid a surge of coronavirus cases worldwide. More than 713,000 cases were reported in more than 160 countries as of Sunday, according to data from Johns Hopkins University.
The size of a toaster, each “lab-in-a-box” would be able to read 384 patient samples at once and provide a “surge capacity” for testing in smaller, more remote communities, said Pardee. The second component will be a paper-based test that could be used at airports or in seniors’ centres. As small as a credit card, the paper would change colours, turning bright fuchsia or purple when the virus is present in a sample.

“What we’re doing is working towards building a technology that is highly distributed, inexpensive and quick to develop,” Pardee said.
Other projects

Since the coronavirus, known as SARS-CoV-2, was first detected in China’s Wuhan province late last year, scientists have sought to both implement early containment measures and widespread, accurate diagnostic tests – and work towards a potential vaccine to protect people from getting sick.

The Chinese authorities shared the virus’s genome sequence in January, allowing scientists to try to create it in their own controlled facilities – a critical first step in the development of diagnostics and vaccines.

On January 29, researchers in Australia said they had successfully grown the coronavirus from a patient sample. “Having the real virus means we now have the ability to actually validate and verify all test methods, and compare their sensitivities and specificities – it will be a game-changer for diagnosis,” said Dr Julian Druce, head of the virus identification lab at the Doherty Institute, a joint research facility run by the University of Melbourne and the Royal Melbourne Hospital.
In early March, UK healthcare firm Mologic Ltd announced it secured British government funding to develop a rapid, hand-held diagnostics test for COVID-19 in partnership with the Institut Pasteur lab in Dakar, Senegal. The system will build on a similar test developed to diagnose Ebola, the company said.

The Kaizer Permanente Washington Health Research Institute in Seattle administered the first injection of an experimental vaccine for the novel coronavirus to human test subjects on March 16. The first phase of the trial will involve 45 adult volunteers and last six weeks.

“Finding a safe and effective vaccine to prevent infection with SARS-CoV-2 is an urgent public health priority,” Anthony Fauci, who heads the US response to COVID-19, said in a statement. “This Phase 1 study, launched in record speed, is an important first step toward achieving that goal.”

Other research teams around the world continue to seek a vaccine, better and more expansive testing options and more therapies for those who are infected with COVID-19.

The US Food and Drug Administration recently gave approval to a similar “lab in a box” effort by Abbott, a healthcare technology maker. According to Abbott, the technology could give a positive test result in about five minutes, and a negative result in about 15.
‘Down the road’

Several other labs have been able to isolate the virus and are working on their own vaccines, including the Vaccine and Infectious Disease Organization – International Vaccine Centre (VIDO-InterVac) at the University of Saskatchewan in central Canada, which also received federal funding this month.

Dr Darryl Falzarano, the lead research scientist on the project, said experimental vaccines were administered to ferrets in mid-March and within the next six to seven weeks, the team will be able to see whether the animals get some level of protection from the virus.

He said the research builds on the lab’s expertise in developing animal models for other diseases and viruses, but it will take up to 12 months before clinical trials can be carried out, and even longer for a product to be widely available. 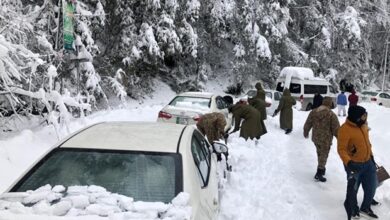 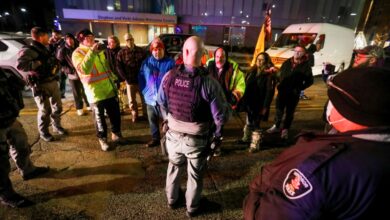