Kylie Jenner views butterflies as “a symbol” of her relationship with Travis Scott.

The ‘Keeping Up With the Kardashians’ star and her two-year-old daughter Stormi dressed up as the winged creatures for Halloween in 2018 and she explained how it was a very “special” outfit for them because the creature held such significance between her and the youngster’s dad.

Reflecting on her favourite Halloween costumes in a new video, Kylie said: “When Travis and I first got together we got matching little butterfly tattoos.

“So a butterfly is just a symbol of our relationship and Stormi, so it was really special to do the butterfly costume.”

Last year, Kylie, Travis and Stormi all dressed as superheroes because they are a “super” family.

Kylie – who is no longer in a relationship with the 29-year-old rapper – said: “We all picked our favourite colors and we were superheroes because Trav always says we are a super family and Stormi is a super child.

“I threw this big party for Stormi, a memory I will cherish forever.”
The 23-year-old beauty mogul memorably dressed as Christina Aguilera for Halloween in 2016 and the ‘Fighter’ hitmaker was so impressed by the pictures, she invited Kylie to her birthday party, but asked her to wear the outfit to the bash.

Kylie recalled: “I remember Christina reached out [to me] and was like, ‘I love your costume so much’ and invited me to her birthday.

“I ended up wearing a yellow version and I showed up [to Christina’s party] and it was her on her birthday and it was just iconic.”

However, Kylie admitted the leather firefighter outfit she wore one year was something she is “not the most proud of”.

She added: “I would go as far to say that I hate it. I don’t think I cared about my costume [that year]. I just ordered something online like three days before. It’s not my best.” 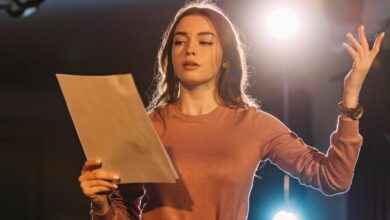