And Kylie Jenner was treating her 177million Intagram followers to yet more saucy antics on Monday as she smouldered in her latest scantily-clad snap.

The Keeping Up With The Kardashians star, 22, looked incredible as she posed in a black bikini top with high-waisted orange trousers.

Kylie looked nothing short of sensational in the snap in which she was flaunting her cleavage in the sizzling black bra.

Her abs and nipped in waist also stole the show thanks to the positioning of the high-waisted jeans which fit the stunner like a glove.

The reality star’s hair fell in long, dead straight lengths to her waist while she pinned half of her tresses up to show off her flawless make-up.

As a cosmetics mogul, naturally her make-up was flawless as she went for a more muted look than usual with a taupe lipstick and dewy pallet.

Kylie kept her caption simple on the snap, as she added a black heart to the shot, which garnered a whopping 9,190,654 likes in 14 hours.

The image caught her famous sister’s eye, as Kim Kardashian posted a series of flame Emojis next to the snap and penned: ‘WOW’.

Kylie is definitely living the high life as she quarantines at her $36.5million LA super-mansion with daughter Stormi, two, and BFF Stassie Karanikolaou.

She has also been joined in lockdown by Stormi’s father Travis Scott.

The star and Stassie have known each other since high school; the star and the Instagram model were part of a friend group that included Jordyn Woods.

However, after Jordyn kissed Khloe Kardashian’s baby daddy Tristan Thompson last year in February, their friendship dissolved. Jordyn, 22, weathered the scandal and has been focusing on modeling, acting and fashion design. 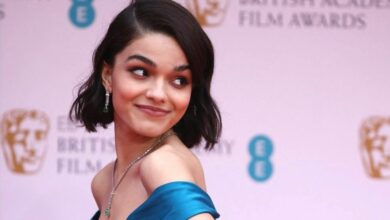