Don’t mess with Kylie Jenner about her body.

Over on Instagram, Stormi Webster‘s famous mama caught wind of some commentary about her body after a fan account posted a throwback video of her from April 2017. The footage showed the Kylie Cosmetics mogul posing with fans at the opening of the Sugar Factory American Brasserie in Las Vegas.

Well, Jenner clearly wasn’t having it because she chimed in with the ultimate clapback. “I birthed a baby,” she retorted. Indeed, as fans well know, the reality star became a mom for the first time less than a year after the photo was taken with the arrival of her daughter in February 2018. Her and Travis Scott‘s little one recently celebrated her 2nd birthday.

After giving birth, Jenner spoke of the physical effects pregnancy had on her body. Shortly after her little one’s arrival, Jenner revealed that she had gained 40 pounds during her pregnancy.

The star also noted she was also changing her style to fit her new shape. 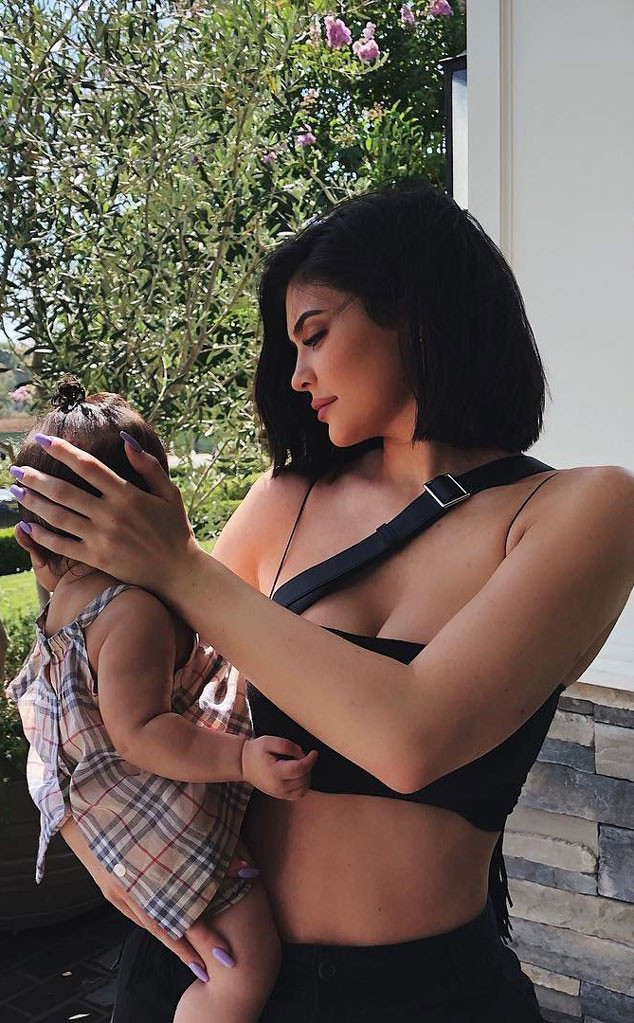 A year later, she told fans on Instagram Live that she credited cutting out foods for her flat stomach.

“I always had a really flat stomach, but I never felt it went back to before Stormi until recently. And I feel like it has a lot to do with diet,” she said in March 2019.

“Like, I really eat very crazy usually, like whatever I want—pizza, pasta, a lot of diary, and I just kind of cut that all out, and have just been eating better, and I feel like that’s the trick for me, personally.” Who is The NEW Mystery Woman in Amr Diab’s Life?