Kylie Jenner has just dropped $36.5 million on a new house.

The ‘Keeping Up With The Kardashians’ star reportedly spent the hefty amount on a new home in Holmby Hills, Los Angeles.

The house is a single-storey building and is a huge 15,350 square feet in size, TMZ reports. It has no less than its own home theatre, a bar, a games’ room and a gym. It also features a chef’s kitchen as well as a full championship-level sports court for basketball.

There are even two guest apartments so Kylie can have anyone come and visit the new abode, which was originally up for $45 million.

She said: “It’s only when we’re in a group chat talking about where we should go for a trip, everyone’s like, ‘Kylie? You going to pay for it?’ But they’re all really proud of me for sure.”

Kylie also insisted she is grateful for her huge platform.

She said: “I can’t say I’ve done it by myself. If they’re just talking finances, technically, yes, I don’t have any inherited money. But I have had a lot of help and a huge platform. I didn’t expect anything. I did not foresee the future. But [the recognition] feels really good. That’s a nice pat on the back … It’s the power of social media. I had such a strong reach before I was able to start anything.” Nawal Al Zoghbi Cancels a concert ‘Out of Respect to Herself’ 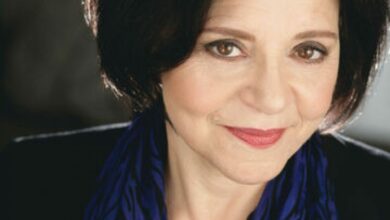