Kuwaiti actor Abdullah Al-Tararwah posted multiple pictures on Instagram, which caused a widespread uproar against him, as he appeared naked in bed covering the lower part of his body with a sheet.

In the first post, Al-Tararwah simply said “Morning”, and in the second post he asked “okay, what are we having for lunch?”, and a shockingly large number of negative comments, the most prominent of which describing him as “naked,” ensued.

Although many defended the photos, saying they are beautiful and had no problem, others mocked Al-Tararwah’s appearance with racist comments and said that he looked like “Indians”.

Al-Tararwah did not keep silent, he published a third picture with a caption about racism as a response.

He said: “Indians raised you and your family at home and at school; you were all raised by Babu, Raju and Dook, and Marry and Kanti have always fed you milk and cooked your lunch.”

Al-Tararwah continued: “No wonder we get Coronavirus! as long as we have these manners. We see ourselves above others, but the truth is that other countries have had civilization, history and development, before even the grandfather of your grandfather had lived in a home built of bricks”.

The Kuwaiti actor concluded his lengthy response scolding trolls by saying: “Briefly, Marry and Kumar are better than you and yours. As for clothes, you’d die for this, there is no Netflix show (with naked people) that you did not watch”. Pictures of Hande Erçel in Greece! 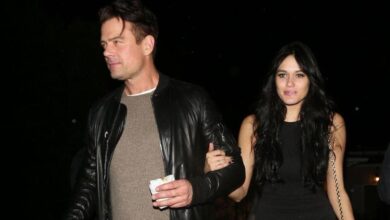