Kuwait’s criminal court on Tuesday sentenced a 30-year-old man convicted of murder to death in a case that sparked national outrage during the holy month of Ramadan, local media reported.

Mohammed grabbed the woman with her children in her car and stabbed her in the chest in the city of Sabah al-Salem.

He then drove to a hospital where he left her body and her children at the entrance, according to the Ministry of Interior.

Akbar had filed a complaint months before her death against the man after he threatened her multiple times for refusing his marriage proposal, her lawyer said.

Mohammed was arrested shortly after and confessed to the murder, the ministry said in a statement.

The day of the execution hasn’t been announced yet.

The crime angered hundreds of people, including activists, who had launched a campaign calling for an end to violence against women over two months earlier. 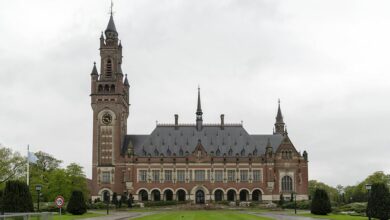 Dubai plane collision: Jets ‘clip’ each other on airport taxiway