Russia’s prison service said opposition leader Alexei Navalny was detained at a Moscow airport after returning from Germany on Sunday.

The prison service said he was detained for multiple violations of parole and terms of a suspended prison sentence and would be held in custody until a court makes a decision in his case.

The flight landed at a different airport than had been scheduled, a possible attempt to outwit journalists and supporters who wanted to witness the return.

Navalny had spent the previous five months in Germany recovering from a nerve agent attack that he blamed on the Kremlin, and the prison service earlier said that his being outside the country violated terms of a 2014 suspended sentence for embezzlement.

After boarding the Moscow flight in Berlin on Sunday, Navalny said of the prospect of arrest: “It’s impossible; I’m an innocent man.” 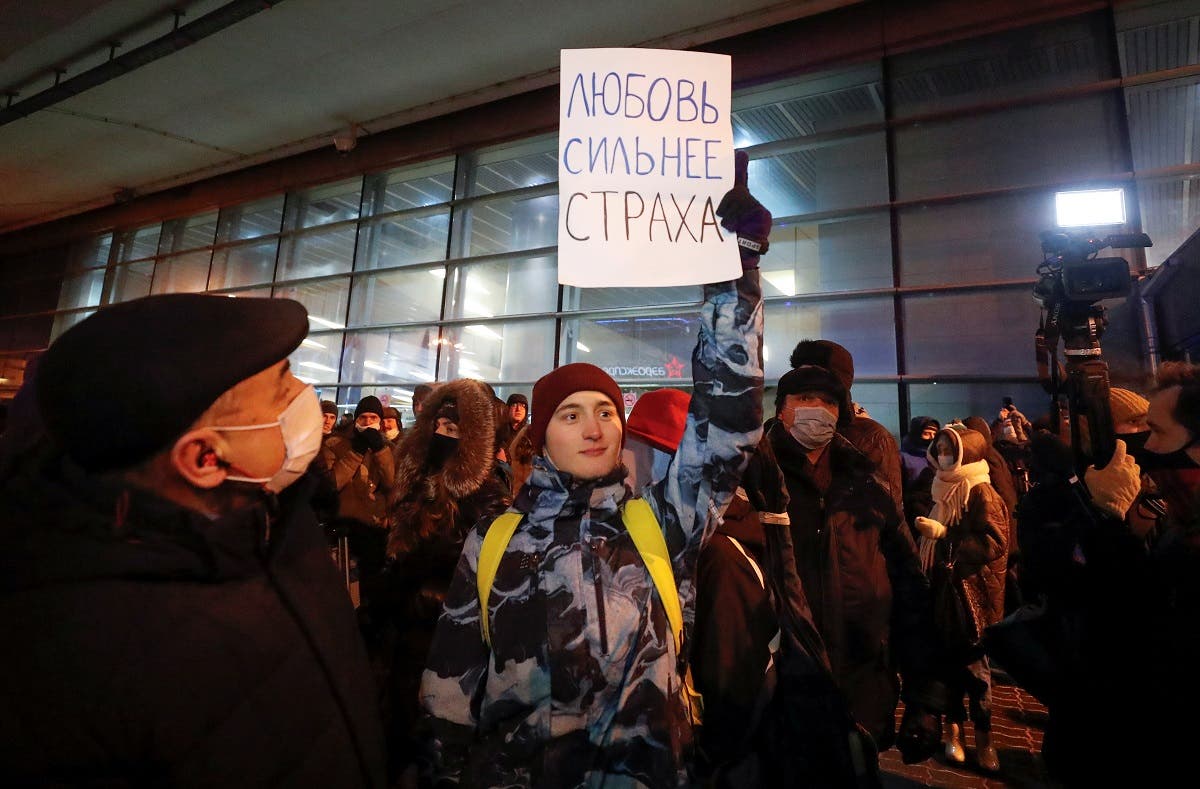 An activist holds a placard which reads: Love is stronger than fear, outside a terminal before the arrival of Russian opposition leader Alexei Navalny at Vnukovo International Airport in Moscow, Russia January 17, 2021. (Reuters)

The Kremlin has repeatedly denied a role in the opposition leader’s poisoning.

Navalny supporters and journalists had come to Moscow’s Vnukovo Airport, where the plane was scheduled to land, but it ended up touching down at Sheremetyevo airport, about 40 kilometers (25 miles) away. There was no immediate explanation for the flight diversion.

The OVD-Info group, which monitors political arrests, said at least 37 people were arrested at Vnukovo Airport, although their affiliations weren’t immediately clear.

Vnukovo banned journalists from working inside the terminal, saying in a statement last week that the move was due to epidemiological concerns. The airport also blocked off access to the international arrivals area.

Police prisoner-detention vehicles stood outside the terminal on Sunday.

The independent newspaper Novaya Gazeta and opposition social media reported Sunday that several Navalny supporters in St. Petersburg had been removed from Moscow-bound trains or been prevented from boarding flights late Saturday and early Sunday, including the coordinator of his staff for the region of Russia’s second-largest city.