The 42-year-old reality star straddled boyfriend Travis Barker while wearing a nude thong bikini as the couple took in the sights at the exclusive Amangiri resort in Canyon Point, Utah.

Kourtney showed some serious skin in her tiny two piece as Travis went shirtless in the desert before they tucked away for a game of X-rated Scrabble.

The Poosh founder wrapped a cream colored scarf around her head and let her long brown hair catch the wind for the amorous display.

Travis showed off his arsenal of tattoos while carefully holding his girlfriend in his arms for the photo shared to her 117millllion followers.

She captioned the snap ‘Just Like Heaven’ while Travis, in synchronicity, shared a grab from The Cure’s song of the same name.

On her Instagram stories, the pair were hard at work on a makeshift game of Scrabble, as she showed ‘orgasm, mix, ex, tip, pop, delt and ivy’ spelled out with pieces from the spelling game. 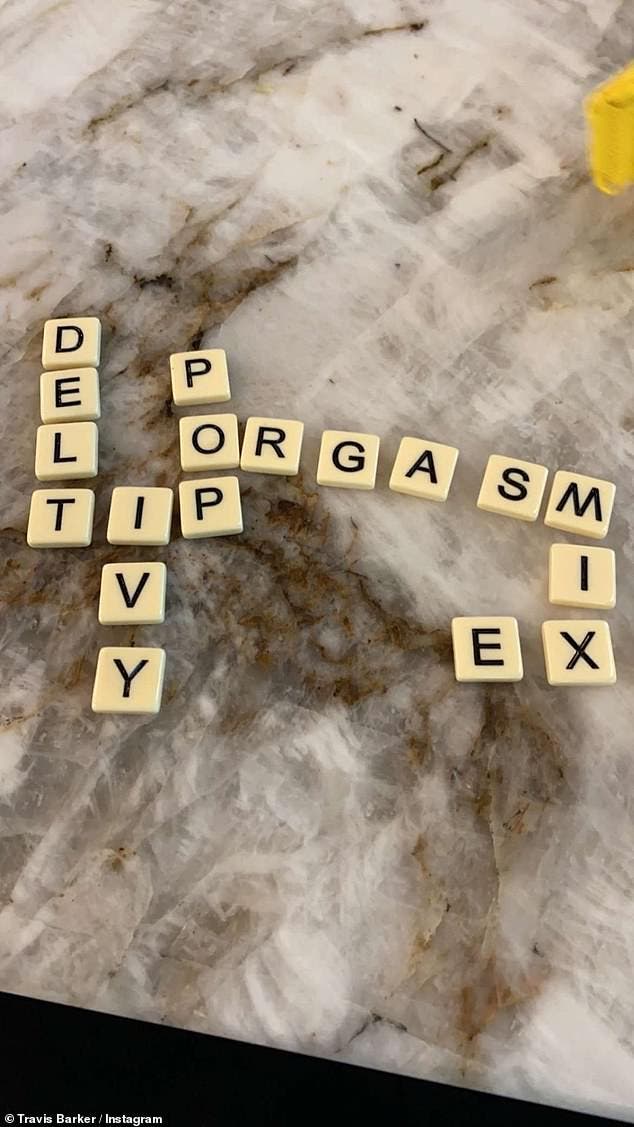 Another row showed ‘vegan, girl, raw, coils and oh’ spelled out across the grey marble countertop.

Kourtney and Travis were enjoying an extended birthday celebration at the luxury digs, where the two-bedroom Mesa Pavilion costs up to $12,000 per night. 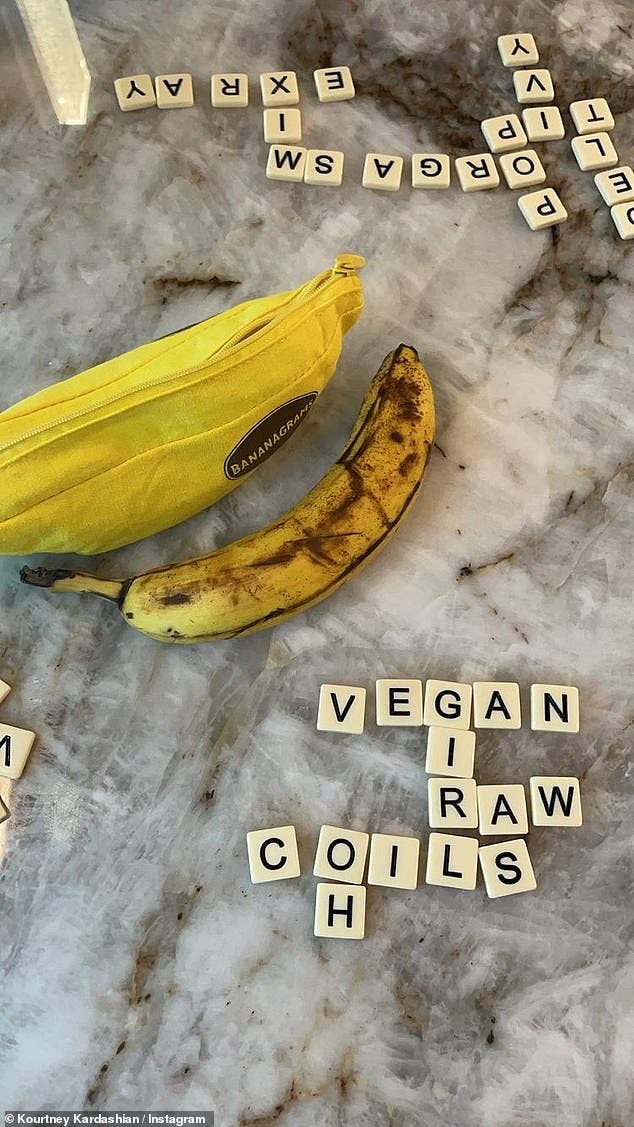 ‘Travis adores Kourtney and makes every day special, especially her birthday. He has gone all out to shower her with love, affection, flowers and gifts,’ a source close to the couple told E! News.

‘He is very into her and waited a long time to be able to show her how much he cares. He wants to spend all of his time with her and is constantly telling her how much he loves her.’

Travis and Kourtney confirmed their romance earlier this year and have since been inseparable, with the Blink 182 even showing off a new tattoo of her name scrawled on his chest.

The eldest of the Kardashian/Jenner brood shares three children with her ex, Scott Disick: Mason, 11, Penelope, eight, and Reign, six.

Barker has stepdaughter Atiana, 21, Alabama, 15, and Landon, 17, with his ex-wife, Shanna Moakler. Check Out the Most Surprising Celeb Transformations of the Week

Will Smith Succeed Because of his Abusive Father

Why Sir Mick Jagger Rewrote Part of ‘Living in a Ghost Town’?