A Kosovan woman has been detained for 30 days while police investigate her for inciting terrorism, after she urged revenge for the US assassination of a top Iranian general, a Pristina court said on Thursday.

The woman, identified in a court’s statement only as IH, was arrested on Tuesday after she condemned Qassem Soleimani’s killing on Facebook and described the United States as a “criminal nation.”

The detained woman, identified by local media as Ikballe Huduti, said in the post that “by killing the lord of the house you have killed all family members, and then revenge is an obligation, but it has no borders.”

The post, which went viral in Kosovo, was later deleted.

Nevertheless, police arrested her on suspicion that she incited “committing terrorist offences” and the prosecutor demanded her detention during the investigation.

Muslim majority Kosovo has backed US policy toward Iran. Russia-Ukraine live news: Putin to travel to Iran next week 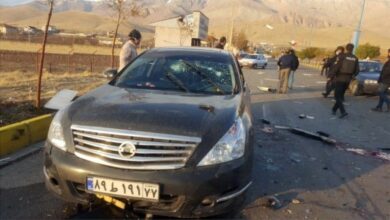