Riverdale’s KJ Apa recovered after getting a ‘shard of metal’ stuck in his left eye Monday.

The actor, who plays heartthrob Archie Andrews on the CW’s modern Archie Comics adaptation, documented the unfortunate turn of events in a clip on his Instagram page.

In the clip, Apa, a 23-year-old native of Auckland, New Zealand, worked with his pal, stylist Jason Schneidman, to extract the metal from his eye.

In the caption of the post, Apa wrote, ‘a shard of metal got stuck in my eyeball.’

In the clip, the actor had his reddish locks styled to the side while clad in a green shirt, denim shorts and white sneakers as his friend Schneidman focused on helping him with the troublesome shard.

An off-screen friend said that he should see an eye doctor, but Apa was focused on extricating the metal.

The actor ultimately was able to extricate the troublesome piece of metal with the acid of a cotton swab, and seemed relieved as he asked his pal to make sure it was all taken out.

The actor said the metal ‘actually like punctured my eye,’ and Schneidman confirmed that it was successfully taken out.

‘You got the piece out, bro,’ Schneidman said. ‘That’s the piece that was f***ing in your eye, dude.’

Apa pointed out what he thought was another piece but his friend said it’s a ‘damage.’

Apa looked to have nearly wept as he surveyed the possible damage, as a friend reassured him, ‘You’re going to be okay. Stop freaking out.’

In a subsequent clip on his Instagram Stories, Apa said his eye was fine, and that he had a doctor’s appointment Tuesday just to make sure. The actor looked to be in good spirits as he prepared to work out with a friend.

Can Yaman Debuts the Cutest Name Instead of Sandokan.. Thanks to Bae Diletta Leotta 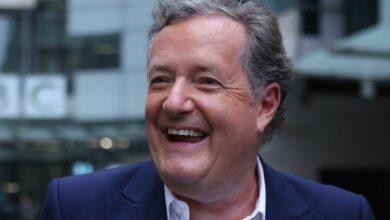 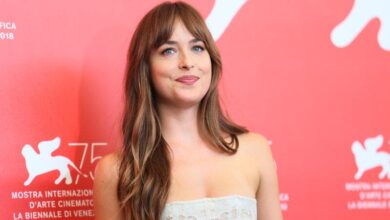 Too Sexy for a Teenager? Leena Ahmed Alfishawy Criticised Over a Lingerie Photoshoot