Kim Kardashian West is enjoying some quality family time as she self-quarantines during the growing coronavirus pandemic.

But the Keeping Up with the Kardashians star is staying busy as she works from home during isolation.

She basked under the sun as she posed in the sand, lying with her hands above her head and showing off her signature curves.

The Skims account shared another photo of her in an onyx top from the collection, flipping her hair around.

The shapewear brand previously posted another angle of the look, showing off Kim’s cleavage and taut midriff.

Kim is also preparing for the premiere of her documentary Kim Kardashian West: The Justice Project, airing Sunday on Oxygen.

It documents her advocacy for prison reform with #Cut50, an initiative to decrease mass incarceration.

She says in the trailer: ‘There are a lot of people making bad decisions after a lifetime of trauma. People deserve a second chance.’

The film was made as the KKW Beauty mogul worked toward becoming a lawyer herself.

She recently told The Hollywood Reporter  of her attorney father Robert Kardashian’s influence: ‘Maybe just it was in my soul for years that that’s what I would have wanted to do.’ 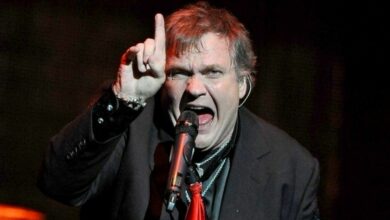 Seren Serengil Is Taken to the Emergency Room.. and Boyfriend Mustafa Tohma Reveals Her Health Status Kim Kardashian’s True Crime Podcast is No1 on Spotify Khloe Kardashian is Having a Second Child With Tristian Thompson