Kim Kardashian and Kanye West have splashed out $6.3 million on two acres of land.

The power couple have forked out the huge sum on an undeveloped home site in La Quinta’s Madison Club community in California, and the land is said to be near to a $12 million mansion owned by her mother Kris Jenner, and close to a plot bought by her sister Kylie Jenner for $3.25 million last year.

According to real estate records obtained by the Los Angeles Times, the couple bought the land at the end of 2019 using a trust.

The home site, which overlooks a golf course, was on the market for $5.95 million last year before being taken off.

News of the purchase comes after Kim and Kanye enjoyed a romantic Valentine’s weekend having massages in Cabo last week.

The ‘Keeping Up With the Kardashians’ star flew to the Mexican city – where the ‘Bound 2’ hitmaker was working on music for a few days – to surprise the 42-year-old rapper with a two-night stay at a private villa for the romantic occasion.

A source said at the time: “Kanye was in town for a few days working on music, and Kim flew in to meet him at the last minute on Friday evening.

“She was taken to a private villa where she met Kanye. They had a very quiet two-night stay at their private villa.”

The couple – who have kids North, six, Saint, four, Chicago, two, and Psalm, nine months, together – spent the weekend having relaxing massages and even had an in-house chef to prepare all of their meals at the luxury apartment.

An insider explained: “It was relaxing and peaceful. 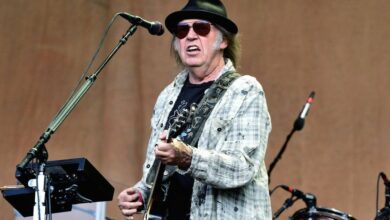