The 41-year-old comedian and movie star shares his firstborn daughter with his first wife Torrei Hart whom he divorced in 2011.

Heaven’s luxurious birthday celebrations were documented on Insta Stories by bDASHd Event Planning And Bakery which threw the bash.

In a heartwarming string of videos Heaven could be seen wearing a mask as she was led outside her well-appointed home to see her gift.

A gleaming black Mercedes SUV could be seen parked in the driveway amid what appeared to be the vehicles of the other guests. 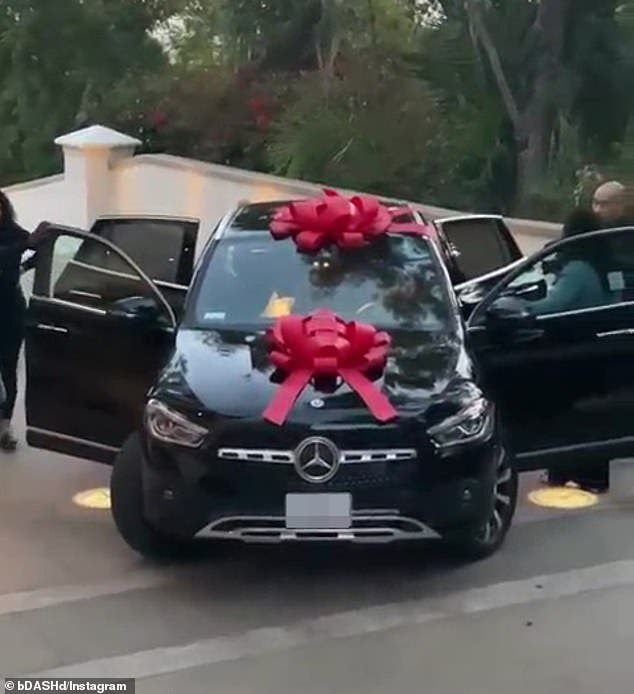 The automobile was all decked out for the occasion with red bows stuck onto it in order to give it a festive air.

Heaven could be seen opening the door and climbing into her new car for the first time after celebrating her 16th birthday with her loved ones. 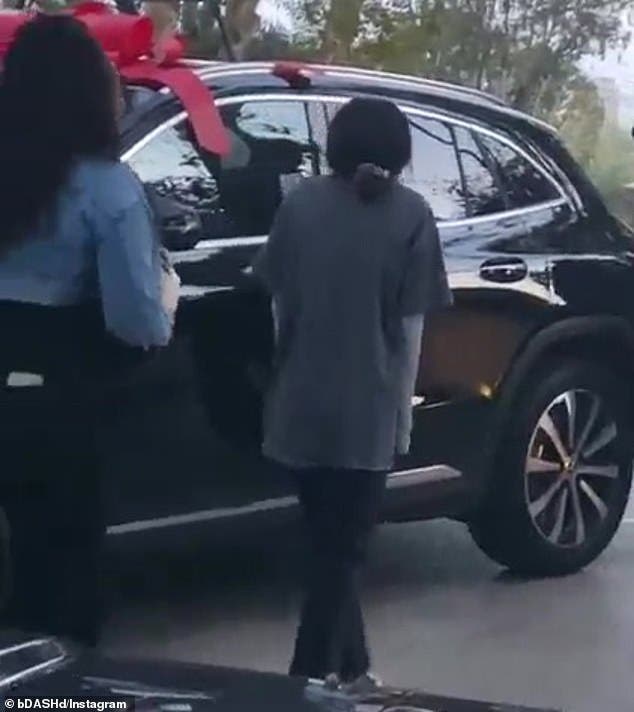 The event planners’ Insta Stories had earlier showed some of the sensational decorations that had been set up for the manga-themed affair.

Their decor placed a particular emphasis on the superhero manga series My Hero Academia as seen both inside and outside the house.

Inside the house a lavish display of desserts – including cupcakes, macarons and colorfully frosted donuts – were laid out on a side table.

That table was surrounded by a multicolored balloon display and was sitting in front of a massive poster that stuck to the anime theme. 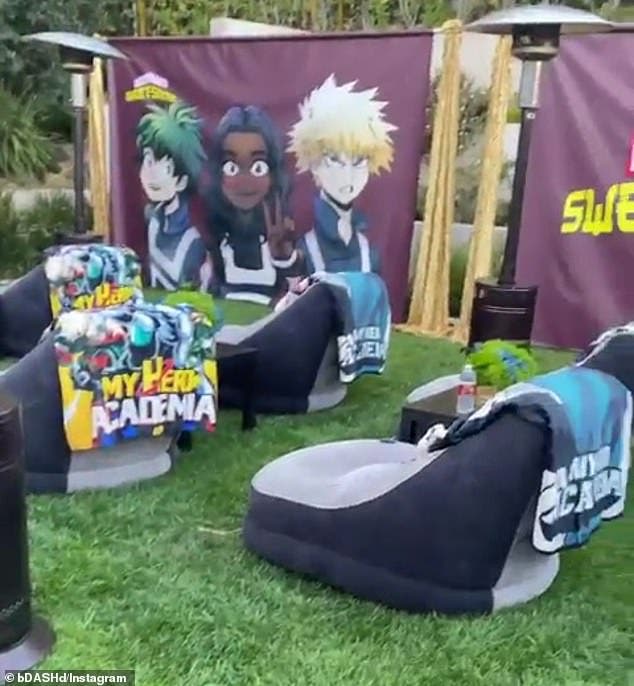 A long and lavish dining table had been laid for the partygoers – with even anime-themed napkin rings at each place setting.

Outdoors several seats were set up and draped with My Hero Academia iconography in front of a huge projector screen presumably to show the series.

Heaven herself could be spotted all masked up in the Insta Stories walking into the backyard in order to be surprised by her cheering loved ones.

Then she was brought out to what appeared to be the front of the home in order to be presented with her luxurious Mercedes.

Kevin and Torrei were married in 2003 and welcomed two children – Heaven, 16, and Hendrix, 13 – before calling it quits on the marriage.

He is now married to his second wife Eniko with whom he shares his younger two of four children – Kenzo, three, and Kaori, five months.

Usher is Expecting a Child For The Third Time