Kenya has banned all major public events after confirming its first case of the new coronavirus in a woman who had returned to the country from the United States, the health minister said on Friday.

Kenya, the richest economy in sub-Saharan Africa and a major hub for global firms and the United Nations, is the 11th country in the region to confirm a case of COVID-19, bringing its total reported cases to 39.

Mutahi Kagwe, Kenya’s health minister, told a news conference the government had suspended all public gatherings, sporting events, open-air religious meetings and “all events that are of a huge public nature”.

He said schools would remain open but all inter-school events would be suspended.

Kagwe said the patient had been diagnosed at the government’s national influenza centre laboratory on the evening of March 12, after travelling home via London on March 5.

The 27-year-old Kenyan is stable and her temperature has gone to down to normal, the minister said.

“She cannot be released … until she gets negative.”

Coronavirus: Is it too late to stop it? | UpFront
The government has traced most of the people she has been in contact with, including fellow passengers on the flight home, and a government response team will monitor their temperatures for the next two weeks.

The reported cases in sub-Saharan Africa have mainly been in foreigners or locals who had travelled abroad, but concerns are growing about the continent’s ability to handle a potential rapid spread of a virus that has infected over 128,000 and killed more than 4,700 worldwide.

Kenya, which is dependent on imports from China and other Asian countries, has started to feel the impact of the coronavirus pandemic with disruptions to the supply chain.

Kagwe warned traders: “This is not the time to make abnormal profits by charging abnormal prices.”

Last month, Kenya Airways suspended flights to China and on Thursday it added Rome and Geneva to the list of suspended destinations.

Tourism, an important source of hard currency and jobs for Kenya, has also started to feel the impact of the turmoil caused by the outbreak, said Najib Balala, the minister for tourism.

“Definitely we are going to be hit badly,” Balala told the same news conference, citing the impact of the virus on source markets like Europe and the United States. 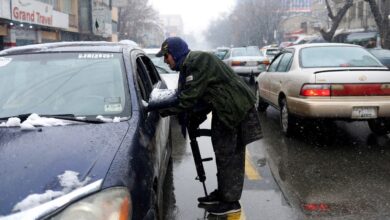