Kendall showed off her sartorial prowess in New York on Friday.

The 25-year-old model looked runway ready in an off white outfit as she went to lunch in Manhattan covering up in a nude face mask.

Kendall looked great in a cream sweater from Madison Margiela and trouser from Musier Paris along with brown shoes.

The outing came a day after the daughter of Kris and Caitlyn Jenner showed off another fashion forward look from The Row, the brand owned by twins Ashley and Mary-Kate Olsen.

Kendall posed in a black shirt tucked into tailored pants and cinched in at the waist with a belt.

‘The Row head to toe’, she captioned the collection of snaps.

Meanwhile, earlier this month Kendall revealed she was ’emotional and relieved’ after Joe Biden won the US presidential election.

The 77-year-old politician triumphed alongside vice president Kamala Harris, the first female and woman of color to achieve this position, in the 2020 US election and Kendall and her famous siblings were thrilled about the news, with model Kendall admitting she was ‘filled with joy’.

Kylie Jenner also referenced the news, sharing a video of Harris with confetti falling down all over her, whilst Kourtney Kardashian simply captioned a video of Harris telling Biden they had won with a blue heart and the word: ‘joyful (sic)’.

It comes after Kanye vowed to run for president again in 2024. The 43-year-old rapper ran for office this year but only made it onto the ballot in a handful of states and has now accepted he won’t win this year’s election so is already setting his sights on the future. 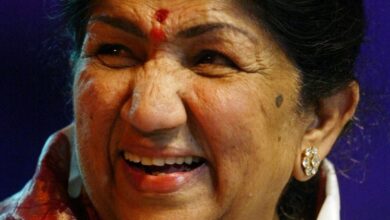 Anil Çelik: Can Yaman Is Paving the Way to Other Turkish Actors on a European Level

Diplo’s Ex Sues Him For Sexual Battery And Assault

I’ll Use Quarantine to Break up With You! Demet Özdemir Separates From Another Yaman!

Princess Ameerah Al-Taweel Posts First Picture of Her Son.. Check It Out