Kendall Jenner and Devin Booker reportedly ended their 2-year romance around a month ago.

The pair briefly ended their relationship a few months back, but reconciled, and now, they have reportedly called it quits again.

And many sources confirmed that the pair decided to go through the break-up decision because of their busy schedules, and demanding jobs.

A source revealed: ”they both have incredibly busy schedules right now with their careers and have decided to make that a priority,”

Kendall is currently focusing in her 818 tequila line and modeling career, while Devin is focusing on his Basketball career.

According to a few sources, Kendall Jenner and Devin Booker still have a lot of love and respect for one another, and that their decision to head their separate ways was mutual.

It is reported that the pair are planning to still stay in touch. 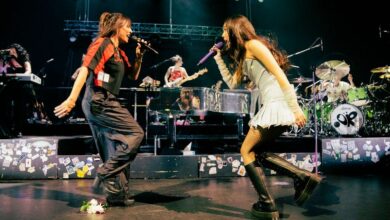