Jeremy Corbyn’s chequered leadership of the British Labour Party has officially come to an end after Keir Starmer was elected to replace him following a protracted four-month contest.

Corbyn, a staunch socialist who presided over Labour for nearly five years, stood down in the aftermath of last December’s general election, which saw him lead his party to one of its most disastrous general election results in living memory.
Starmer, a knighted barrister and former director of public prosecutions, took 56.2 percent of the vote on Saturday, fending off a challenge from two of his rivals in the party: Rebecca Long-Bailey, a Corbyn loyalist, and Lisa Nandy.

Angela Rayner was also elected as a deputy to Starmer, who made a pre-recorded victory speech online where he described his election as an “honour and privilege”.

The coronavirus pandemic saw Labour cancel the leadership special conference that would have publicly unveiled its new chief, who will now have the daunting task of challenging the dominance of the ruling Conservative Party government, which holds an 80-seat parliamentary majority.

“Starmer was the most experienced candidate,” Simon Pia, a former Scottish Labour Party press adviser, told Al Jazeera. “He’s an intelligent man, has his [legal] background … comes across as balanced and has gravitas.”
Named after Labour’s first member of Parliament, Scotsman Keir Hardie, Starmer, 57, graduated from Oxford in 1986 and became a barrister, focusing on human rights laws.

His legal work saw him endeavour to eradicate the death penalty in some Caribbean and African countries.

In 2008, he became the head of the Crown Prosecution Service (CPS) and director of Public Prosecutions. He stood down from that role in 2013.

Two years later, Starmer won a seat in Parliament with a majority of more than 17,000 votes.

Starmer, an ardent Europhile, resigned from his Corbyn-appointed role as shadow immigration minister in 2016, citing the need to change the Labour Party leader following the UK’s “catastrophic” Brexit vote.

He rejoined as shadow Brexit secretary later that year as the UK began the process to leave the European Union.
Pledge to fight anti-Semitism

Starmer, who is taking over the opposition party during an unprecedented global peacetime crisis, will seek to steer Labour away from the scandal-hit Corbyn years towards a more credible claim to power.

Corbyn – a committed pro-Palestine campaigner – sensationally secured the Labour top job from the political backbenches in September 2015, but faced anti-Semitism allegations and party resignations during his tenure as he fought and lost two UK general elections and successfully repelled one challenge to his leadership.

Critics accused him of being too hard left – even Marxist – but where does Starmer, who once called for a more “human rights approach to foreign policy”, stand?

“Corbyn is identifiably on the left of the Labour Party,” political author Francis Beckett, whose forthcoming play on post-second world war Labour Prime Minister Clement Attlee – A Modest Little Man – is scheduled to run in London this November, said.
“There used to be two traditions of the right and the left, but since the 1980s, there’s really been three – the centre-left – and that’s where Starmer stands.” 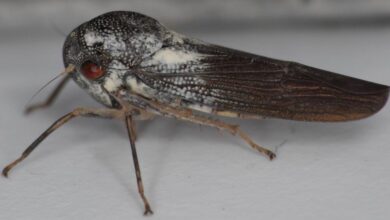 Arab Poll: The Pandemic Will Not End in 2021

How do Saudis in Different Regions Break Their Fast?