He’s been hard at work filming the fourth instalment in the John Wick franchise.

And Keanu Reeves cut a laid-back figure as he exited his hotel in Berlin to resume work on the action blockbuster on Thursday.

The actor, 56, continued to sport wet hair during the outing as he headed to a waiting car after being greeted by a crew member.

Keanu kept one of his hooded jackets wrapped around his shoulders as he headed to his car after leaving the hotel.

The Matrix star briefly paused to chat to a waiting staff member before making his exit.

Work on the next installment of the action thriller franchise began shortly after the release of its third film, John Wick: Chapter 3 – Parabellum, in May of 2019.

In April of last year, series director Chad Stahelski spoke to Collider and noted that the project’s creative team had set their bar much higher for the upcoming film from its inception.

‘We submitted an idea or thematic [plan] and it was really big. So, we’re talking about doing a little bit more than a [John Wick 4], or something like that, and trying to develop that,’ he said.

The filmmaker also expressed that the development team had a relatively fleshed-out story in mind for the forthcoming feature and that they were glad to have a roadmap of sorts.

Production for the fourth entry in the franchise will take place in Berlin and Paris, as well as New York City and Japan.

The crew behind the film originally intended to shoot back-to-back for another John Wick feature, although this idea was later shot down, leaving the possibility of a fifth movie in limbo.

The fourth entry in the action franchise was originally scheduled to make its debut sometime this year, although the onset of the global pandemic forced the release date to be pushed back to May 27 2022.

Here’s Where Kanye West Lived as a Child! 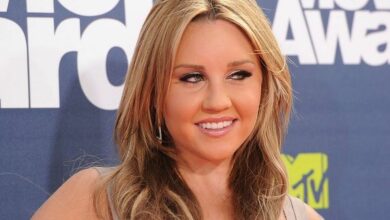