Kazakhstan has introduced the new Latin alphabet prepared with the contribution of Turkish linguists.

Kazakhstan, which has the largest surface area among the Turkic republics and gained its independence in 1991, had been using the Cyrillic alphabet since 1940.

At that time the Turkic Republics in Central Asia were not yet independent countries and fell under the Union of Soviet Socialist Republics (USSR).

It disrupted the communication of the Turkish sphere of influence in areas such as language, literature, commerce and economy.

In 2017, Kazakhstan decided to gradually switch to the Latin alphabet, but the created alphabet came under criticism.

Following criticism of Kazakh libguists, people had to consult the alphabet science subjects in Turkey since it too also switched to the Latin alphabet in 1928 after the collapse of the Ottoman Empire and the independence of the Republic of Turkey.

Turkish linguists have proposed “one sound one letter” and on January 28, 2021, the new alphabet was introduced in Kazakhstan.

Kazakhstan’s new alphabet, prepared according to the principle of “one sound-one letter”, has 9 vowels and 31 basic letters in total.

‘Alphabet union is a strategic move’

“Kazakhstan’s transition from Cyrillic to the Latin alphabet should not be considered only as a letter change. This transition is one of the first steps in the economic, cultural, and political integration of the Turkic world,” Akar said.

Akar said that a cultural move of Kazakhstan will affect Uzbeks, Kyrgyz, and Turkmens, and therefore this move will be a very important path towards Turkish unity since the change in “alphabet difference creates a psychological barrier.”

He further said,  “Scientists and students working in this field certainly know the Cyrillic alphabet. The target is the person on the street. How many people know the Cyrillic alphabet of 83 million in Turkey? He engaged in trade geography, there are people who are educated labor unions, saying, “Turkey and Kazakhstan ‘s people doing trade, stressed the need for mutual understanding of the alphabet.

Rapid COVID-19 Outbreak is a Huge Challenge for The Environment 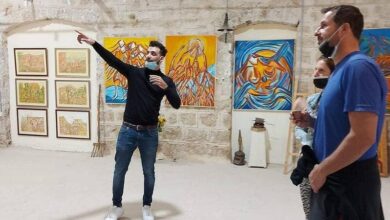