Lebanese influencer Karen Wazen took to Instagram on Monday to share throwback images of her posing with American actress and singer Lindsay Lohan, highlighting a friendship that many fans may not know about.

The four-picture collage featured images of Wazen with the star when she was pregnant, a shot of the lifestyle blogger’s mother giving Lohan a kiss and a picture of Wazen and her sister with the “Mean Girls” actress.

Wazen captioned the picture, which she shared on her Stories: “Miss you @lindsaylohan.”

Lohan has been living in the UAE since 2008.

Last year, she opened up about her experience living in Dubai during a recent appearance on the chat show “Lights Out with David Spade” to promote her new single, “Back To Me.” 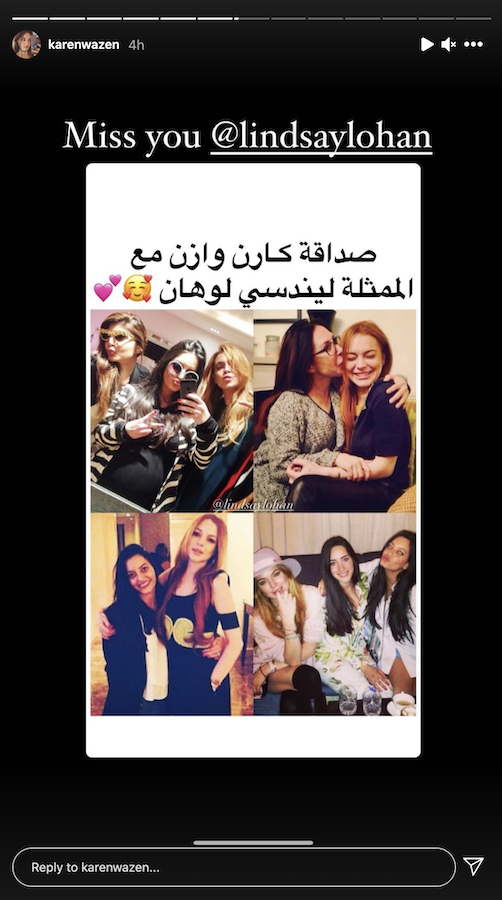 “It’s a city built on desert,” she said in the 17-minute video chat. “I came here in 2008 when they’d just finished building the Atlantis Hotel and there was none of this here. There was no DIFC, Downtown, Dubai Mall… anything that there is now.”

Lohan and Wazen have been friends for quite some time.

In 2017, Lohan met with Wazen and her family and they spent National Day in the city together.

According to Harper’s Bazaar Arabia, Wazen has previously said in a 2016 interview that Lohan is her son’s “fairy godmother.” 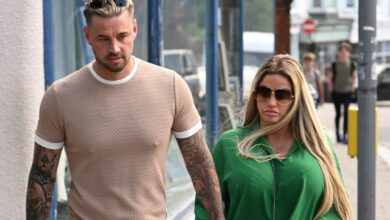 Katie Price: The rise and fall of a glamour model 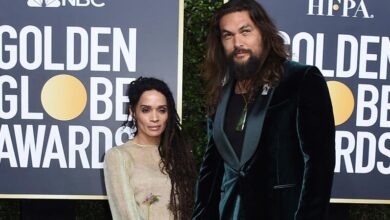 Rahma Ahmed ‘Marbouha’ Revealed That She Never Thought About Acting