The pair have also dropped a music video, directed by Maxime Quoilin, to accompany the tune, and rapper Meek encouraged people to listen to the new song especially if they feel “down and out with nowhere to turn”.

He wrote on Instagram: “BELIEVE IF YOU FEEL DOWN AND OUT WITH NOWHERE TO TURN BANG THIS S**T B4 YOU GO TO SLEEP TONIGHT! @justintimberlake (sic)”

The pair both posted a behind the scenes clip of the making of their music video, which tells the story of a mother and daughter who have to see the father of the family taken away in handcuffs.

And Meek – who spent five months in prison from late 2017 to April 2018 after breaking the terms of his probation – pays tribute to the late rapper Nipsey Hussle, who died in March 2019 aged 33, in the video when he holds up a pendant of the star.

In the behind the scenes clip, Justin tells producers: “It’s got be something about like … it’s got to be quick, and general, and also speak to what he’s been through.”

Meek says: “I want somebody who got paralysed and working to get out of a wheelchair, somebody who come from, might be working on a job, getting fired from a job, people overcoming the illest s**t in the world.”

In October, Justin admitted he wanted to collaborate with “young, fresh” artists.

He said at the time: “I just called my publishers and I said, ‘You know, I just want to work with young, fresh people, and I want to collaborate more.

“I’ve been songwriting and producing for so long – I want to experience that energy, and I want to work with people that I think are truly amazing.

“I worked with SZA the other day and just worked with Meek Mill.
“I’m having these experiences that are fuelling me in such a different way and, again, I think it was really birthed out of feeling like, what can I do right now to just be a part of my community and integrate.” 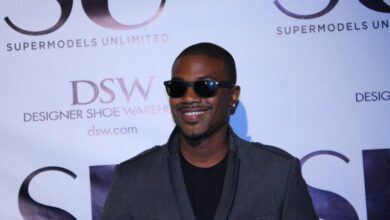 K-pop: The rise of the virtual girl bands