Schools, along with just about everything else, are closed, and thousands of parents have been left to figure out how to keep their kids entertained and indoors during the coronavirus disease (COVID-19) outbreak.

NBCUniversal has come to their rescue by taking a risk and releasing its latest film, “Trolls World Tour,” online on April 10.

Arab News spoke to the cast and crew about the making of the hit comedy adventure flick.

“I think the reason people connect with Trolls is there’s a beautiful, humorous, loving way to bring you a message of diversity and how that should be celebrated and at the same time all this fantastic music,” said Justin Timberlake, who voices one the lead characters called Branch and is also the film’s executive music producer.

“Trolls World Tour” is an example of a sequel that takes the most popular aspect of the original movie and shines a spotlight on it. DreamWorks Animation’s hit 2016 “Trolls” made an impact with its soundtrack, which went certified Platinum, and No. 1 single “Can’t Stop the Feeling!”

The new film follows that path by centering itself entirely around music and once again stars Anna Kendrick (voicing Queen Poppy) alongside Timberlake, two trolls who discover their world is made up of six lands each based on a different genre of music.

The pair journey out of the land of pop music to unite the other trolls against Queen Barb, voiced by actress and musician Rachel Bloom, a hard-rock troll who wants rock to be the only form of music there is.

“I think the story is special because it explores the complex idea that if we’re all alike then there won’t be fighting, but the world will be a boring place,” said Bloom.

The movie enhances this message with a star-studded cast of musical talents to represent trolls from the different musical lands including Ozzy Osbourne, Mary J. Blige, Kelly Clarkson, legendary funk musician George Clinton, and even K-pop girl group Red Velvet. The music icons join a cast of A-list actors in a jukebox musical that plays hits that will delight children and parents alike.

Before the announcement that the film would not be released theatrically, musician and cast member, Anderson .Paak (voice of Prince D.), said: “It’s actually the perfect movie to get the most out of theater experience. Such a treat for the eyes and ears. Unless you got a crazy sound system at the crib you might wanna go check it out at the theaters and get the full impact.”

Without the technical frills and glamor of the theater experience, “Trolls World Tour” is forced to stand fully on its own merits. And to that end the film measures up to its predecessor.

The story takes the form of a fairly standard road trip quest movie and many of the jokes are predictable. The country music trolls have deep southern twangs and the techno trolls live in a nonstop rave. But the glitter-coated fun energy of the original still comes through in every brightly colored frame of the movie.

“Audiences can expect the same kind of signature positivity and colorful visual feast of the first movie, a lot more music, and a lot more characters,” said Kendrick. “It really is this sweet kind of discovery of all these different genres that, of course, we all know about.”

There are moments of discovery as the film also manages to work elements of real-world musical history. It is revealed to Queen Poppy that her pop music trolls were originally members of the funk music trolls, alluding to disco pop’s origins as an offshoot of the funk genre. And much to the film’s credit, this is not played as simply a fun fact or a gag. By having the characters reflect on this, the writers are able to organically work in a lesson about cultural appropriation.

This, combined with the general moral about accepting differences, means there is more to this film than its rainbow exterior would lead many to believe.

Kids will likely delight in the movie as much as they did the original, and parents will breathe a sigh of relief as this marks a spot of levity during trying times. The Kardashian’s Business Manager Gets Murdered, Suspect Gets Arrested 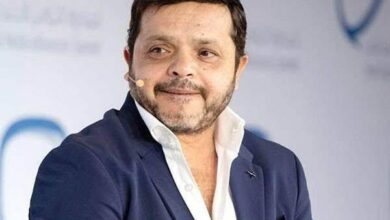