Fresh off the release of his first single in four years, the “Yummy” performer is set to take the stage at the annual show, which airs live from Los Angeles on Sunday, March 29. Bieber is nominated in five categories at the iHeartRadio Music Awards, including Best Collaboration and Best Music Video for his and Ed Sheeran‘s smash hit “I Don’t Care.”

It’s certainly shaping up to be an unforgettable 2020 for the 25-year-old, whose fifth album is due sometime this year. He also announced a stadium tour stretching from May through September, and a YouTube docu-series premiering later this month. The documentary will explore Bieber’s struggles away from the spotlight, including his ongoing battle against Lyme disease.

Justin announced the diagnosis earlier this week with a message directed to those accusing him of “being on meth” and looking “like s–t.”

Bieber is the first announced performer for the iHeartRadio Music Awards, but given the event’s usual star power, music lovers can expect plenty of their favorite artists to attend.

Billlie Eilish is the most-nominated artist with seven, followed by Lizzo and Lil Nas X with six. Other notable nominees include Taylor Swift, Ariana Grande, Jonas Brothers, Shawn Mendes and Cardi B. 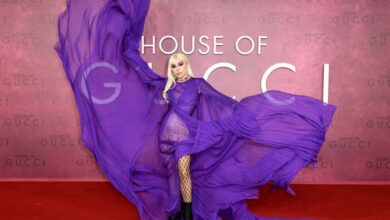 Get your Passports Ready! BLACKPINK are Coming to the middle East