The ‘Yummy’ hitmaker has confessed he wasn’t “empathetic toward women” when he was younger as he didn’t understand many of the issues surrounding gender inequality but is “learning every day” in the hopes of becoming more informed.

Posting on Instagram, he explained: “I know i have been naive and haven’t been empathetic toward women in the past and have overlooked their struggles. I am learning everyday beside my wife as I see all of the struggles she faces that i will never have to face. I am committed to being better and more aware of the struggles women face that men never will!! Women you are superhero’s and deserve to be celebrated today and everyday. (sic)”

Justin is married to Hailey Bieber, whom he tied the knot with in 2018, and the 24-year-old model previously said the scrutiny of her marriage has made her feel like “less of a woman”.

Asked how they “manage to be a couple when everyone feels like they have a say in their relationship,” she admitted: “It is definitely not easy. Justin knows I have a hard time with the things people say and the ways people make comparisons …. The way they have made me feel like less of a woman … I think when people have a lot to say or go out of their way to make people feel less than it is because they are going through something bad. It helps to remind myself that that person is going through something themselves.”

And Hailey also said she was nervous to kiss Justin, 27, in public because she felt as though people were always “watching” them.

She said: “It was difficult for me to understand how to carry on a relationship like this, experienced under the eyes of all. But there comes a time when you have to embrace reality, and admit who you are. For a long time I couldn’t do it: I didn’t kiss him in public, I didn’t like the idea of people watching us at certain moments … But I realized that it is a battle that in the long run, instead of protecting you, exhausts you. The fact is, we love each other. And there is really nothing to hide.” 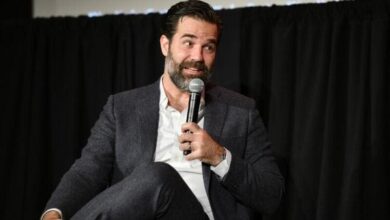 Kylie Jenner Had the Perfect Clapback for This Body-Shaming Comment