Chances are you know someone who either currently uses or is curious to use some form of cannabidiol, better known as CBD. Whether it’s your Uncle Joe talking about how it helps him with his joint pain or a celebrity like Jennifer Aniston touting how it relieves her stress and anxiety, CBD products have seen a major boost in sales over the last two years. In fact, New York-based investment bank Cowen & Co. released a study on the CBD market, estimating that the revenue would hit $16 billion by 2025.

“Many people are desperate for a natural alternative to pharmaceuticals. This plant has been known throughout history to have healing properties, medicinal properties, despite not a lot of FDA evidence,” Noelle Skodzinski, editorial director of Cannabis Business Times told Fox News. “People are just starting to try it and they’re finding relief from anxiety, insomnia, joint pain and chronic pain.”

CBD is one of over 80 chemicals known as cannabinoids in the Cannabis sativa plant, also known as marijuana or hemp. “Hemp” is a term used to define varieties of Cannabis that contain 0.3 percent or less of tetrahydrocannabinol, or THC, the psychoactive compound that gets people high.

“It [CBD] doesn’t make you high, but it has effects on multiple other chemicals in the body and in the brain. So, for example, in the brain, it can elevate chemicals that are important for regulating anxiety and mood,” Dr. Yasmin Hurd, director of the Addiction Institute at Mount Sinai told Fox News.

One of the reasons why CBD has become so popular lately is because it’s only been available for most of America since the 2018 Farm Bill was instated. The bill removed CBD’s classification as a Class I Drug, which includes narcotics like heroin and cocaine, but left the legality of its use up to the U.S. Food and Drug Administration (FDA) and states.

Companies have jumped at the chance to market products like oils, dietary supplements, cosmetics, animal treats, hand lotions, tinctures and vaporizer cartridges. And although it’s currently illegal to market CBD by adding it to a food or labeling it as a dietary supplement, plenty of CBD products including sparkling waters, candy and other edibles are being sold.

Currently, the FDA has only approved one CBD product, a prescription drug that treats two rare and severe forms of epilepsy.

While a quick Google search can pull up small tinctures of CBD oil between $30-$150, how can consumers know which products are worth all the hype—and money? Some experts claim manufacturers may be taking advantage of loopholes in the existing regulations, or lack thereof.

“Right now, because there is no FDA oversight, there hasn’t been any evaluation on efficacy, safety or dosage,” said Skodzinski, who is also the editorial director for the magazines Cannabis Dispensary and Hemp Grower.

Consumers can look out for a few red flags when it comes to knowing which companies might be trying to sell you fraudulent CBD products Skodzinski said.

“If a company is claiming any kind of direct health or medical benefits, that’s a red flag. That’s the first red flag because that is illegal to do. They can’t market as a dietary supplement and they can’t make medical claims right now.”

“The first thing I would look for is a company that publishes third-party testing results, ideally on their website. Third-party laboratories will provide certificates of analysis and they should show CBD contents, and contents of any other cannabinoids. And then they also should have test results that show that it’s free of unsafe levels of pesticides, molds, and heavy metals.”

According to the FDA, the agency has only seen limited data about CBD safety and says it has the potential to cause liver injury, affect the metabolism of other drugs, which could cause serious side effects and may increase the risk of sedation and drowsiness when used with alcohol or other types of depressants.

The FDA is currently setting up regulations for CBD products, specifically looking at ways to verify the percentage of CBD and making sure THC isn’t present in them, Hurd said.

“We still don’t know how CBD accumulates in the body over time. So for skincare products, for your regular coffee, what are the long term impacts of CBD? Those are questions that they [the FDA] are trying to look into. Once they understand some of that, then they’re trying to set the regulations for how CBD products should be monitored, should be made and should be sold to the public,” Hurd explained.

7 steps that can lower your blood pressure as you age 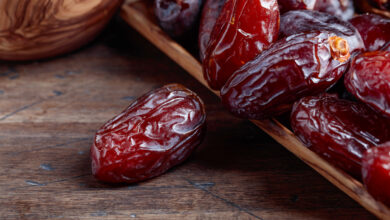 Covid: Brazil to demand proof of vaccination from foreign visitors 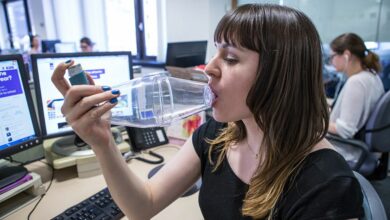