To ensure that the public has safe access to food and primary commodities amid the Kingdom’s fight against the spread of COVID-19, the government on Tuesday decided to allow small shops and markets to resume work from 10am until 6pm as of Wednesday.

Prime Minister and Minister of Defence Omar Razzaz, during a press briefing at the National Centre for Security and Crisis Management, said that any crowding or abuses will lead to closing the shops again, warning against behaviour like shoving or pushing.

The public can walk on the streets to go to the shops, but are prohibited from using their vehicles, except for those who have permits, he said, highlighting the importance of keeping social distance to avoid any contact that could lead to infection.

The premier reiterated that the decision includes small neighbourhood food shops, grocery stores, pharmacies and drinking water shops, which will be opened after ensuring their preparedness and the availability of commodities.

These businesses will stay open provided that all parties involved abide by the government’s regulations, Razzaz said.

Only those whose ages range from 16-60 years are permitted to visit the shops, he noted.

To avoid crowding, the government also decided to give malls and convenience stores the green light to deliver foodstuffs and primary commodities as of Thursday, he said, stressing that citizens “are not allowed to visit these centres themselves”.

Commenting on behaviour “inconsistent with all health standards” that was witnessed during the distribution of bread on Tuesday, the premier urged the public to abide by regulations.

“Citizens’ lives are at stake, and the government will not show leniency in this regard,” he said, warning against any violation of regulations during shopping.

If crowding is reported at any shops, authorities will shut them down on Wednesday, Razzaz stressed: “The responsibility is on the shop owner and the public. We are counting on your awareness.”

“Curfew in our safe country is out of the ordinary and imposes psychological effects on Jordanians, who are not familiar with such conditions,” he said, adding: “We must scale up our efforts to protect ourselves from this epidemic.”

Preventative measures will not succeed without public cooperation and adherence to instructions, Razzaz stressed, noting that this new decision comes under Defence Order No.2.

He added that a comprehensive plan and timetable have been established to secure basic needs to the public. 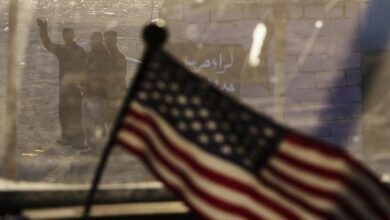 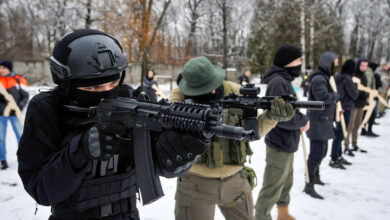