Jordan’s Royal Film Commission has requested streaming giant Netflix not show its controversial “Messiah” series in the country just two days ahead of its release.

The much-anticipated series, set for global release on Wednesday, follows a CIA agent as she investigates a man who appears to perform miracles and claims to be a saviour sent by God.

Muslims the world over expressed their surprise on social media after watching a trailer for the series released earlier ths month. Many interpreted the series as depicting “Al-Masih al-Dajjal”, or the Antichrist, who Islamic tradition says will appear at the end of times to misguide masses of people prior to the arrival of the true Messiah.

It appears some are worried the provocative series may be offensive to Muslims and Christians, provoking a backlash in the kingdom.

The commission’s request for Netflix to drop the series from its local site comes despite the fact “Messiah” was partially filmed in Jordan.

“The story is purely fictional and so are the characters,” the RFC said in a statement published on Monday.

“Yet, the RFC deems that the content of the series could be largely perceived or interpreted as infringing on the sanctity of religion, thus possibly contravening the laws in the country.”

“Messiah” creator Michael Petroni told AFP earlier this month that the show was “provocative but not offensive”.

“It was such an audacious concept, you know?” he said. “You read the pilot, this guy is going to march 2,000 Palestinian Syrians across the border of Israel.”

The feared backlash over the series could stop other provocative internationally productions from filming Jordan, the RFC has suggested.

Jordan has become a major destination for film productions, and not just those with scenes set in the Middle East. The kingdom’s expansive Wadi Rum desert has also been used to mimic locations further afield in space-set films “The Martian” and “Rogue One”.

“The RFC – as a public and responsible institution – cannot condone or ignore messages that infringe on the Kingdom’s basic laws,” it said.

“The Board of the RFC has worked to reassess its policies and has reached the conclusion that it will change its policy with regard to productions shooting in Jordan, by making sure the content doesn’t breach the laws of the country.”

It is not the first time a Netflix original series has courted controversy in the Muslim-majority nation.

The streaming giant’s first Arabic-language original, “Jinn”, was filmed and set in the kingdom. Despite the support given to the series during filming and the anticipation preceding its release, “Jinn” was met with near-universal negative reviews in Jordan upon its release.

The series, a teenage drama meets horror-fantasy, focuses on a group of high school students whose lives are suddenly transformed by the appearance of a malicious supernatural spirit, or jinn.

Scenes involving the teens kissing and drinking alcohol, as well as discussing sex and drugs, provoked outrage among conservatives in the kingdom. The uproar even saw the series discussed in Jordan’s parliament.

It is unclear whether Netflix will drop “Messiah” from its Jordanian site.

The streaming giant has however said in the past that it complies with official requests to remove content.

Minhaj had targeted Saudi Crown Prince Mohammad bin Salman in the episode over the killing of journalist Jamal Khashoggi and the kingdom’s military involvement in Yemen. 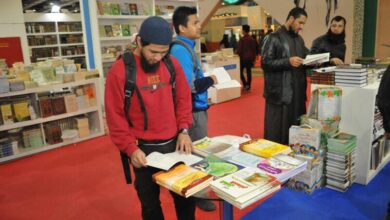 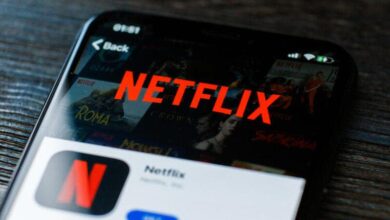