President-elect Joe Biden has selected Merrick Garland, a federal appeals court judge who in 2016 was snubbed by Republicans for a seat on the Supreme Court, as his attorney general, United States media reported on Wednesday.

The US attorney general heads the Justice Department and is the chief lawyer for the federal government.

Biden is expected to announce Garland’s appointment on Thursday, along with other senior leaders of the department, including former homeland security adviser Lisa Monaco as deputy attorney general and former Justice Department civil rights chief Vanita Gupta as associate attorney general, according to the Associated Press news agency.

Biden’s decision to select Garland was also reported by Politico, which cited two people familiar with the matter, and the news agency Reuters, which cited a Biden transition official.

In picking Garland, Biden is turning to an experienced judge who held senior positions at the Justice Department decades ago, including as a supervisor of the prosecution of the 1995 Oklahoma City bombing.

Garland was nominated to the US Supreme Court by former President Barack Obama, while Biden was vice president, but the Republican-controlled Senate refused to hold hearings on the nomination.

Garland remains a judge for the US Court of Appeals for the District of Columbia Circuit.

The pick will force Senate Republicans to contend with the nomination of someone they spurned in 2016, refusing even to hold hearings when a Supreme Court vacancy arose, but Biden may be banking on Garland’s credentials and reputation for moderation to ensure confirmation. 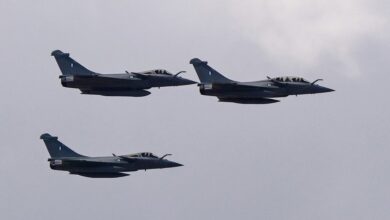