Back in 2009, JLS released their number one single Beat Again with those lyrics opening the chorus. You can hear it, can’t you?

They hold a lot more weight since Thursday night, when the band announced a reunion tour after splitting seven years ago.

“It’s brought back all the memories of being in love with them, completely, unconditionally,” 21-year-old Lydia tells Radio 1 Newsbeat.

As you can see above, Lydia wasn’t lying.

“I pretty much worshipped them,” she says.

Lydia never actually got the chance to meet Aston, Marvin, Oritse or JB. But she’d still “do anything for them”.

“It’s just this overwhelming love that you feel for them even though you know that they don’t unconditionally love you.

And that’s a feeling that millions of people who were teens and pre-teens at the time will relate to.

The 20-year-old showed her love in a more unique way than just decorating her bedroom and buying merchandise.

“I had standing tickets to the tour and was right near the stage. I don’t know what possessed me to do it, but I made them homemade cookies.”

Gabrielle wrapped the cookies up in foil with a letter for the group.

“I threw three of them on stage. One of the boys saw it and was like ‘What is this?’ It wasn’t my finest moment.”

It didn’t end there. Gabrielle decided to paint her ceiling in honour of the boy band back when they were in their prime.

‘Beirut 6:07’ Will be Competing For International Emmy Award 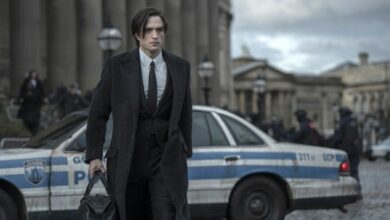