Jennifer Aniston has revealed that she considered quitting Hollywood after one ‘unprepared’ project ‘sucked the life’ out of her.

The Friends star, 51, admitted that over the last two years she has thought about leaving the industry behind and even saw it as a ‘fantasy’.

Jennifer also revealed that she would like to do more directing in the future as she enjoys it ‘thoroughly’.

Talking to Jason Bateman, Sean Hayes and Will Arnett on Monday’s Smartless podcast, the actress was asked the closest she has come to quitting Hollywood.

To which she said: ‘I would have to say the last two years that has crossed my mind, which it never did before.’

Jennifer added that one project in particular, which took place before her award-winning Apple TV+ show The Morning Show with Reese Witherspoon in 2019, made her consider quitting Hollywood.

She revealed: ‘It was after a job I had completed and I was like, “Whoa, that was really… that sucked the life out of me. And I don’t know if this is what interests me.” 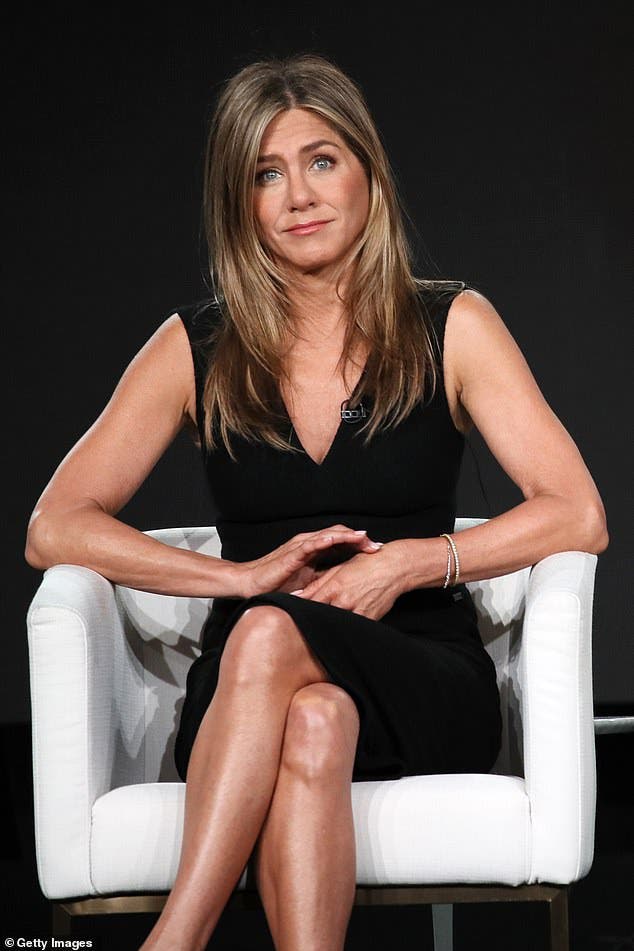 Jennifer further explained: ‘It was an unprepared project, we’ve all been a part of them, you always say: “I’ll never again! Never again! I will never back up into a start date!”‘

The actress added that the script ‘wasn’t ready’ and she was stuck on the project for three months.

It comes after Jennifer admitted in June that playing Rachel Green on Friends left her feeling typecast in Hollywood.

In an interview with The Hollywood Reporter, the actress shared that she has fought ‘forever’ for the industry to see her as something different than ‘that girl in the New York apartment with the purple walls.’

Jennifer said: ‘I could not get Rachel Green off of my back for the life of me. I could not escape “Rachel from Friends,” and it’s on all the time and you’re like, “Stop playing that f***ing show!”‘

The actress said that her turn in the 2002 independent movie The Good Girl was the first time she got to ‘really shed’ her Rachel character and that the edgy role was ‘such a relief’. 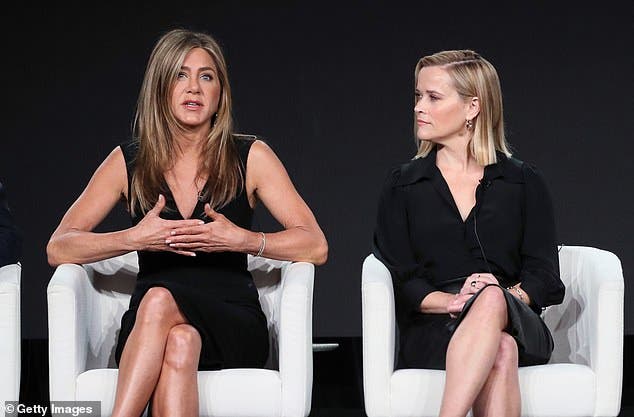 Jennifer added: ‘But I remember the panic that set over me, thinking, “Oh God, I don’t know if I can do this.” Maybe they’re right.

‘Maybe everybody else is seeing something I’m not seeing, which is you are only that girl in the New York apartment with the purple walls.’

Jennifer added that she was doing it for herself and admitted that her career has been ‘constantly about trying to prove that I was more than that person’.

The star concluded by saying she has started caring less as she is getting older and she now has more ‘freedom’.

Jennifer played Rachel Green on the show for ten years from 1994 to 2004 and was once paid up to $1 million an episode for the role.

The two exes had to recreate one of the film’s most risqué scenes, where Jennifer’s character walks in on Brad’s character ‘daydreaming’ about her topless in the bathroom as she looks for Q-tips.

Jennifer wore a red bikini top over a white tank top for the scene during the live virtual table read and Brad brought a pirate hat for his character’s fast-food restaurant employee costume.

This is the first time Jennifer and Brad, who married in 2000 and split in 2005, have reunited on-screen for years. 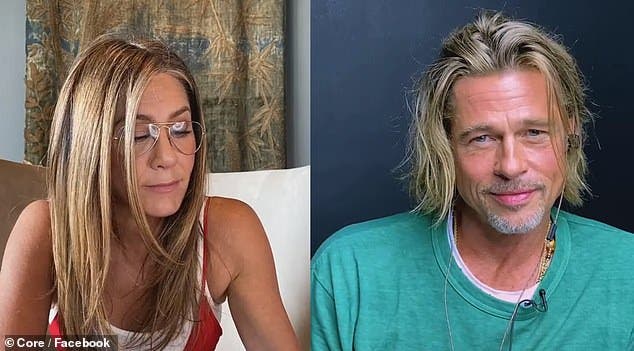 Hilaria Baldwin: Condolences to Baby She Lost During Miscarriage