Months ahead of the 20th anniversary of the April 9, 2002 Israeli assault on the Jenin refugee camp, Israeli operations and arrests in and around the occupied West Bank city of Jenin were on the rise.

On the day of the anniversary, Israeli forces launched a large-scale raid on the camp, located in the heart of Jenin city. As Palestinian fighters responded, the raid culminated in two hours of heavy street fighting that left one Palestinian fighter dead and 13 others wounded.

The escalation brought back memories of deadly confrontations that took place 20 years ago, when an Israeli ambush on the camp killed at least 52 Palestinians, including women and children, according to a Human Rights Watch (HRW) investigation. There were also 23 Israeli soldiers killed and several others injured.

That day, 20 years ago, marked a turning point for Jenin – the city and the camp – making it a symbol of resistance for Palestinians.

“That’s why Israelis try to bring down the people of Jenin and Gaza… time and time again, but it’s never worked,” she added.

Although Israeli assaults on Jenin have been more sporadic since 2002, recent months have showed an uptick in Israeli violence and raids in Jenin.

In February, a joint search operation conducted by Israeli forces and the Palestinian Authority (PA) targeted about 25 men in Jenin, and saw many family homes raided and dozens of people arrested.

A week before the anniversary, on April 2, Israeli security forces killed three Palestinian men in a predawn shoot-out in Jenin. Israeli authorities said the men – later identified as members of the Islamic Jihad’s armed wing – were “involved in terrorist activity against security forces”.

The Israeli army (IDF) said the forces found weapons in the area and arrested several Palestinians suspected of “terror” activity, according to Israeli media.

The raids coincided with a series of shootings in Israel that have occurred since March 22, which left 14 Israelis dead in four separate attacks led by Palestinians – two of whom were from Jenin.

On April 7, 28-year-old Raad Hazem, from Jenin refugee camp, opened fire in a crowded Tel Aviv bar, killing three Israelis and wounding 10 others. Hazem was shot dead shortly after the incident, his family home was raided and demolished, and his father has been on the run as Israeli forces continue their search for him.

Only a week earlier on March 29, Diaa Hamarsheh from the village of Ya’bad, a few kilometres outside of Jenin, killed five people in the ultra-orthodox town of Bnei Brak, east of Tel Aviv.
01/05/2022
Facebook Twitter LinkedIn WhatsApp Share via Email Print 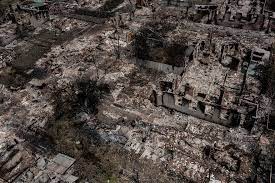 Boris Johnson clinging to power: What you need to know