Boy George took to a stage studded with models and other stars in a performance to close the Paris Fashion Week event.

Gaultier shocked fans when he announced it would be his last haute couture runway last week.

He said the event, at the city’s Théâtre du Châtelet, would be a “party” to celebrate his decades in fashion.

Gaultier, 67, has dressed stars from Nicole Kidman and Cate Blanchett to Lady Gaga and Rihanna.

He designed Madonna’s “cone bra” corset, which she wore for her 1990 Blonde Ambition tour.

American models Gigi and Bella Hadid appeared on the runway. 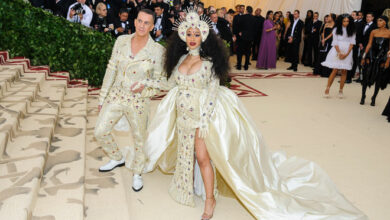