Japan and the United States agreed to extend an agreement on how much Toyko pays for the upkeep of US military bases on its soil for another year as they continue talks on a new pact.

Japan’s Minister of Foreign Affairs Toshimitsu Motegi made the announcement on Wednesday.

The current five-year arrangement was set to end after March of 2021, but will now run through March of 2022 with Japan set to pay about 1.9bn through that period. Both governments are expected to sign the agreement soon, the Kyodo news agency reported.

The agreement comes after former President Donald Trump had reportedly upped pressure on Tokyo to quadruple its payments for US troops to $8bn.

The campaign was part of Trump’s wider effort to press allies to increase their defence spending, with the former president saying the agreement with Tokyo was one sided.

There are currently about 55,000 US troops stationed in Japan. That includes the US Navy’s Seventh Fleet and its permanently forward deployed carrier strike group, as well as the Third Marine Expeditionary Force.

Under so-called “host nation support”, countries hosting US military installations shoulder some of the costs for training, labor and logistics.

In addition to defending key ally Japan, the US military units use the archipelago as a base for operations in the wider Asia-Pacific region where US military power has sought to act as a counterbalance to China’s growing influence.

The Biden administration has sought to pivot from the Trump administration’s antagonistic approach to US allies and their defence commitments.

Most notably, in early February, the administration froze Trump’s troop drawdown in Germany, the headquarters of US European Command and US Africa Command.

The plan sought to shift the headquarters and withdraw some 11,900 troops, but caught European allies and US military officials by surprise. 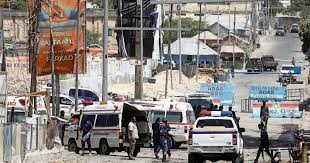 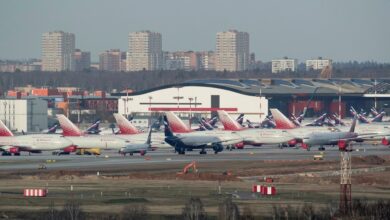