Julia Roberts did not return for Season 2 of Amazon Prime’s series Homecoming, though she remains an executive producer. The show cast Janelle Monae as a new character.

The Homecoming program is an experimental protocol to erase traumatic memories in military veterans, so they can be deployed again. When Season 2 begins, Jackie (Monae) wakes up in a canoe in the middle of a lake. She gets to shore, but can’t remember how she ended up in the canoe.

Monae said acting allows her to experience different characters and embody them in different stories. She said she often researches characters when she’s unfamiliar with their background.

“I think it makes me have more compassion for many characters around this world, especially the ones that I’ve had to portray,” Monae said on a Television Critics Association panel prior to the COVID-19 pandemic.

When Monae writes, records or performs music, she says, she is reflecting herself.

“It’s motivated by my honesty and where I am at that particular moment,” Monae said. “Wherever I am, whatever my thoughts are, that’s what you’re pretty much getting.”

Jackie is a mysterious new character, and Monae was not about to offer any spoilers. She discussed how the role will challenge her after roles she’s played in Moonlight, Hidden Figures and the upcoming Gloria Steinem biopic The Glorias.

“She’s a complex character,” Monae said. “I was really excited about going there and knowing I was going to come out the other side stronger as an actor and as a storyteller.”

In addition to the challenge of embodying a new character, Homecoming had some basic technical challenges. Monae said she had to adjust to the sheer amount of dialogue she had in Season 2.

“There’s some pretty long scenes where the dialogue is long,” Monae said. “[James and I] were both like, ‘OK, be patient. Let’s be patient with each other.”

“I don’t even feel like we got to see the full scope of who Walter Cruz was,” James said on the panel. “This season, he’s being introduced to you guys in the way that he really is.”

The nature of Homecoming meant James played a man with piecemeal memories. James said Season 2 allows him to present more of a fully formed character.

Although the Homecoming project is science fiction, Walter Cruz still represents struggling veterans. James was touched by veterans’ response to the first season.

“I never realized the effect that it would have on veterans until we made the show,” James said. “I had people coming up to me telling me that it really touched them just to see Walter go through this whole experience.” Ahmed Ibrahim Kisses Angham.. Did They Get Back Together? 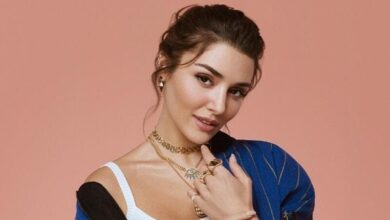 Hande Erçel: I Have More Followers Than Hollywood Stars on Instagram