Jada Pinkett Smith opens up about the Oscar Slap that went viral all over the world and resulted Will Smith to be band from the Academy for a long time.

Two months ago, during the Oscars ceremony, comedian Chris Rock made a joke that concerns the Bad Boys’ actor’s wife Jada’s Alopecia disorder, which resulted in Will Smith walking up stage and slapping Rock on the face in front of the whole audience.

And after some time had passed, the actress opened up about the incident in front of the camera while filming her famous show ‘Red Table Talk‘ and revealed that she wants Rock and Smith to figure things out and reconcile.

“About Oscar night. My deepest hope is that these two intelligent, capable men have an opportunity to heal, talk this out and reconcile. With the state of the world today, we need ’em both, and we all actually need one another more than ever,” Jada said.

“Until then, Will and I are continuing to do what we have done for the last 28 years — and that’s [to] keep figuring out this thing called life together. Thank you for listening,” she concluded. 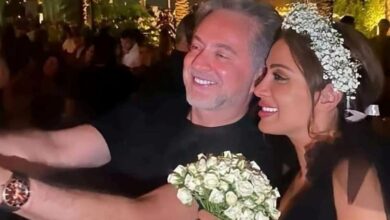