Long-time residents chronicled an era when life was simple but fun. One tweet by user ‘Wander With Nada’ – “Going to the video store to rent The Mask on VHS was the highlight of the weekends” – got the nostalgia ball rolling.

An old-timer wrote: “Driving to Abu Dhabi would mean loads of camel sightings, taxi to Sharjah would mean 20dhs and Global Village used to be at the now Festival City.”

Another user reminisced about the cinemas that were “CineStar and Grand”.

Twitterati Pink Rick wrote: “way before Planet Hollywood opened here ~ 20 some years ago. Sylvester Stallone, Bruce Willis and other celebrities were here for the opening. Cindy Crawford kissed a then 14/15 year old on the cheek and I instantly fell in love.”

Another posted about the 25-fil Abra trip. PinkTaxiRunner said: “They try to take you for 25dhs now on a private abra, but I refuse because #IveBeenInDubaiSince1975 and I know it costs 1dh with everybody else.”

Residents recollected how going to Bur Dubai to attend Dubai Shopping Festival (DSF) was the pinnacle of fun back in the 90s.

A Twitterati posted pictures of the Burj Al Arab and Jumeirah Beach Hotel on a road that snaked through the desert with only two towering buildings. Residents would romp weekends in Deira City Centre which “was the it place!”

Residents reflected on gigs and concerts that kept the musical spirit alive. “Dubai Desert Rock was *the* best rock & metal music festival to look forward to every year.”

Another residents talked about the free parking era. “#IveBeenInDubaiSince parking was free, everywhere.” 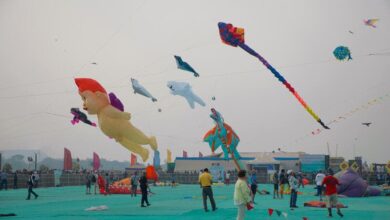 Israel is an Apartheid State Because of This…!