Donald Trump’s daughter has been granted the “Friend of Israel Award” by US-based Israeli lobby group the Israeli American Council [IAC] in Las Vegas on Tuesday.

Ivanka Trump was presented with the award by Republican mega-donor and newspaper owner Sheldon Adelson and his Israeli wife Miriam on behalf of the IAC.

Accepting the award, Ivanka told Israeli media that it is “a tremendous honor”.

“President Trump and the entirety of his administration are resolute in defending the Jewish people, supporting the State of Israel and confronting the scourge of anti-semitism everywhere it exists,” Ivanka said in a statement cited by The Jerusalem Post.

“As both his daughter and adviser, I can say with conviction that there is no greater friend to Israel than President Trump.”

Ivanka is a senior adviser to the president, despite having no previous experience in government. She converted to Judaism to marry her Orthodox Jewish husband Jared Kushner.

Kushner also advises Trump on Middle East issues despite also having little to no experience prior to Trump’s presidency.

Ivanka and her husband attended the inauguration of the US embassy in Jerusalem in May 2018.

On the same day, Israeli snipers shot hundreds of Palestinian protesters rallying against the move, killing at least 60 civilians.

Last year, IAC gave the award of former US ambassador to the UN Nikki Haley. 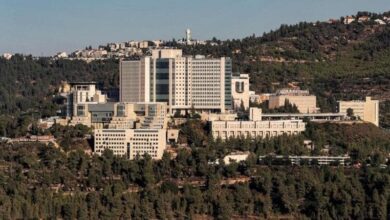 Poor Barbie! She Finds Herself in Transgender Form at Age 50