Hundreds of Syrian children say they cannot imagine leading a life in their war-torn country, with many citing discrimination and poverty as main factors, a new report says.

The 40-page study, released on Tuesday by Save the Children, comes as Syria marks 10 years since the beginning of its bloody war, now widely seen as a proxy conflict.

The war began shortly after Syrians in 2011 joined a wave of anti-government Arab Spring uprisings taking place across the region. In response, authorities launched a brutal crackdown on dissent.

Millions fled the country, and hundreds of thousands have since been killed.

The report, Anywhere but Syria, includes testimonies from 1,900 youths between the ages of 13-17 in Syria, Jordan, Lebanon, Turkey and the Netherlands.

While one in three displaced children inside Syria would rather be living in another country, 86 percent of refugees interviewed said they would not want to return home.

Those who fled their homes are struggling to feel safe where they are now, with many reporting feeling discriminated against and left without adequate education. According to the report, many feel they have no say over their future.

Lara*, a seven-year-old girl who fled her home in Idlib’s Maarat al-Numan three years ago, now lives in an overcrowded camp with her family. She says her future became “all about war”.

“I wish to live in any country other than Syria, where it’s safe and there are schools and toys. It’s not safe here, the sound of dogs scares me and the tent is not safe,” she said.

Idlib, the last rebel-held bastion in the country’s northwestern region, was dubbed a “dumping ground” for evacuees who fled government offensives in other parts of Syria.

Similarly, 12-year-old Nour* in northeast Syria was forced to flee her hometown in Aleppo during the war, and was out of school for several years.

“War made me reach the age of 11 without knowing how to read or write,” she said from al-Hol camp, the largest in the war-torn country with more than 60,000 people, according to UN figures. More than 80 percent of its inhabitants are women and children.

Those displaced inside Syria also felt the least connected to their communities, the report said. They were “significantly more likely to report having experienced discrimination” than their peers in Jordan or Lebanon, despite being in their country of origin.

In Syria and Lebanon, young girls specifically spoke about “general injustice” in society that leads to discrimination and inequality and mentioned the need for “stronger legislation” to ensure people are treated equally, the report added.

‘They don’t want us’

It is especially hard for children to thrive in Lebanon, the report found, which has been gripped by an economic crisis, political instability, coronavirus outbreaks, and the effect of last year’s devastating explosion in Beirut’s port.

Nada*, 17, was born in Syria but now lives in Akkar, a district in northern Lebanon.

In contrast, in the Netherlands, 70 percent of Syrian children saw a “positive future”, and all surveyed received an education. Those who wanted to stay cited language, education, economic opportunity and “freedom” as reasons.

“Through the course of this research, three main topics emerged as contributing to the experience of psycho-social safety for Syrian children growing up in displacement: access to meaningful future opportunities; a sense of connectedness; and agency in decision-making,” the report concluded.

In its recommendations, Save the Children called on “all stakeholders” to protect Syria’s children from the physical and psychological violence.

“Syrian children have a right to grow up in an environment where they are free from constant fear for their safety, are not forced to live in displacement and fear of further uprooting, and are no longer discriminated against simply because of where they come from,” it said.

It also called on governments – including in Syria and in hosting countries – to increase opportunities for resettlement to third countries for those refugees with urgent protection needs.

NASA looking for paid volunteers for simulated Mars mission, here are the conditions: 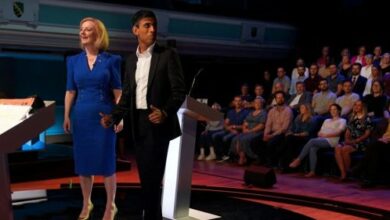