Street art has become a mainstream cultural phenomenon, thanks to artists like Jean-Michel Basquiat, Keith Haring, Banksy and Kaws.

But outdoor murals are vulnerable to vandals, who mar their beauty with unwanted graffiti.

A group of chemists in Italy have developed a groundbreaking new method to wipe away graffiti while keeping the art underneath intact.

The process involves loading nontoxic cleaners onto a thin sheet of polymers known as hydrogels and applying it to a surface of a vandalized piece of street art.

The hydrogel releases the cleaning agents slowly to just the top layer, only a few microns deep, allowing the overpainting to be removed quickly without damaging the work.

‘For decades, we have focused on cleaning or restoring classical artworks that used paints designed to last centuries,’ said Piero Baglioni, a chemist at the University of Florence who worked on the project.

‘In contrast, modern art and street art, as well as the coatings and graffiti applied on top, use materials that were never intended to stand the test of time.’

The difficulty with restoring street art is the spray paint used by vandals is usually so chemically similar to the original work—both use acrylic, vinyl or alkyd polymers as paint binders.

That makes it nearly impossible to develop a solution that will remove the former while preserving the latter.

Previously, restorers have had to resort to scraping, sandblasting or chemical solvents, all of which damage the original work.

To tackle the problem, researchers at the university designed a nanostructured fluid using nontoxic solvents and loaded it into highly retentive hydrogels.

The hydrogels have been formulated as thin foil sheets, which can be cut and shaped as needed, and adhere to walls.

Once placed on a surface, they release cleaning agents very slowly to just the top layer of a surface, only a few microns deep.

As a result, the undesired top layer is removed in minutes, sometimes even seconds, with no damage to the work underneath.

The researcher team shared their new method last week at a virtual meeting of the American Chemical Society.

In some ways, the process is simple, co-creator Michele Baglioni said, since scientists already knew what chemicals are in the paint.

‘The challenge is combining them in the right way to get all the properties we need,’ he said.

‘We have to know exactly what is going on at the surface of the paintings if we want to design cleaners.’

The team used infrared spectroscopy to characterize the binders, fillers and pigments in three common classes of paints.

They tried out combinations of low-toxic alkyl carbonate solvents, pairing them with biodegradable surfactants, which reduce a liquid’s surface tension.

The results were loaded onto thin sheets of hydrogels, which stick to walls and can be cut and shaped as needed.

After a few minutes, you can peel a sheet off and the over-paint should be ‘softened and swollen,’ Ars Technica reported and easy to wipe off.

The scientists tested their cleaners on fake ‘art’ in the lab, then tried their best option out on a real piece of street art in Florence, successfully removing some black tags without affecting the original work.

The combination that worked best included 2-butanol as a solvent and alkyl glycoside as a non-ionic surfactant.

The researchers say the process could also be used to remove top coats of paints on works of art that were intended to restore the painting but ended up damaging it.

‘They seem to be quite far apart, but science and art are very strictly connected,’ Michele Baglioni told Ars Technica. ‘Talking about art restoration, art preservation, is like talking about materials.’

The researchers plan to make the hydrogels commercially available through their company, CSGI Solutions for Conservation of Cultural Heritage. 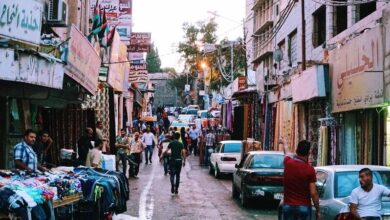 The Candy Cotton Seller Who Returned $23,000