The scenes have become commonplace: migrants desperately clinging onto dilapidated dinghies as towering naval ships armed with heavy-duty guns encircle them. Some migrants make it to Europe. Many perish. Thousands are sent back each year to Libya. Back on shore, they are incarcerated in camps where they are vulnerable to sexual violence, torture, arbitrary detention, and human trafficking. Some try their luck on the Mediterranean again. The treacherous journey repeats.

On November 24, far from these scenes of migrant suffering, the prosecutor of the International Criminal Court (ICC) presented a familiar refrain at his bi-annual address to the United Nations Security Council. Karim Khan lamented crimes perpetrated against migrants in Libya, calling them “troubling” and calling for accountability to “march alongside” global condemnations.

The prosecutor’s remarks came in the wake of yet another report from human rights groups imploring the ICC to genuinely investigate atrocities committed against asylum seekers attempting to cross into Europe from the North African state. For years, the court has insisted it will investigate these crimes, only to dither and then re-state its interest in doing so before the Security Council. Enough is enough. It is time to hold accountable all actors involved in abuses against people on the move – including European states.

Atrocities against migrants: From Libya to Sudan to Libya again

Libya has played a critical but sordid role in helping Europe stave off unwanted asylum seekers. Throughout the 2000s, former Libyan dictator Muammar Gaddafi helped European states ensure people on the move would not use Libya as a launching point to cross the Mediterranean. Western states were happy with the arrangement and Gaddafi was rewarded for doing their dirty work.

In 2008, for example, Italy agreed to invest $5bn in Libya in compensation for its colonisation of the country, although many suspected this was a monetary reward for its continued work in controlling African asylum seekers. Both sides were satisfied while people on the move lived in horrific conditions.

In 2011, Gaddafi fell from power, in large part due to the intervention of those same states that had seen him as a partner in migration control. Following a Security Council referral of Libya to the ICC that same year, the court also issued an arrest warrant for Gaddafi, on allegations of war crimes and crimes against humanity.

In the ensuing regional instability, European states shifted towards another dictator for help, one who had likewise been targeted by the ICC: Sudan’s Omar al-Bashir. European states funded detention centres for asylum seekers in Sudan despite Sudanese borders being patrolled by the same paramilitary group responsible for genocide in Darfur. No one, it seemed, would be held to account for the atrocities perpetrated against desperate people fleeing conflict and economic hardship.

Then, in the middle of the migrant crisis, former Prosecutor of the ICC Fatou Bensouda made a bold declaration: in 2017, she told the Security Council for the first time that her office was eager to investigate crimes against migrants in Libya. She declared that the country had become a “marketplace for the trafficking of human beings”.

To investigate crimes against migrants would be entirely within the jurisdiction of the court. Not only are the crimes committed against them, such as torture, sexual violence, enslavement, and so on, crimes enumerated in the Rome Statute of the International Criminal Court, but the institution can prosecute human trafficking as a crime against humanity.

Bensouda’s call opened the floodgates. Additional reports and filings were submitted to the ICC detailing harms against migrants. Some groups submitted claims that the EU’s “deterrence” policy towards African people on the move made it complicit in crimes against humanity against migrants. The findings have been added to the ICC prosecutor’s preliminary examination into Libya.

That refugees put everything on the line just for the chance to be processed in a European state is a nightmare that European states helped create. Asylum seekers often fork over tens of thousands of dollars to smugglers who promise to bring them to Europe. They pay multiple times the amount that it would cost to board a commercial flight to any European state.

The reason? Western states have ensured that airlines – and not immigration officials – are responsible for processing and denying asylum seekers before they board. With little other recourse, people fleeing conflict and hardship are corralled to the coasts of North Africa and forced to pay smugglers just to risk everything by attempting to cross the Mediterranean.

Western states also increasingly outsource responsibility for controlling migration to nefarious actors, often in response to losses at human rights courts. In a 2012 landmark decision, the European Court of Human Rights found that the Italian coastguard was obligated to process Eritrean and Somali asylum claimants it had picked up on the Mediterranean. They could not simply dump them back onto Libyan territory.

Put otherwise, if an asylum seeker came under the jurisdiction of a Western state – even if it was just by being on a boat controlled by such a state – then their claims for asylum had to be processed by that state’s officials. If they did not, it was a violation of that person’s human rights.

Today, despite dozens of reports indicating that the Libyan Coast Guard returns migrants into detention camps where they are vulnerable to torture, rape, murder, and persecution, the EU continues to fund it as a method to control migration.

The ICC should act now

Despite lofty rhetoric from the current and former ICC prosecutors, there has been no meaningful action to bring perpetrators of crimes against migrants to account. Both Khan and Bensouda have suggested that their focus is on encouraging state cooperation. Getting states like the United Kingdom, Italy, and Libya to work together to disrupt trafficking networks is laudable. But it is not nearly enough. The proof of that is in the continued violation of asylum seeker rights.

It is time for the ICC to walk the walk by opening an investigation specifically into crimes committed against asylum seekers in Libya and the Mediterranean. While the Court is not the solution to the wanton abuses perpetrated against people on the move, it should be part of one. Acting with courage might require standing up to powerful Western states, something that the current prosecutor appears hesitant to do. But the ICC must be more than just a body targeting weak states and Western enemies; it has a role to play in addressing the excesses of powerful states and protecting the most vulnerable. Nowhere is that more evident than in Libya and the Mediterranean, where crimes against asylum seekers are committed with wholesale impunity. Are Justin Trudeau’s ‘sunny ways’ over? 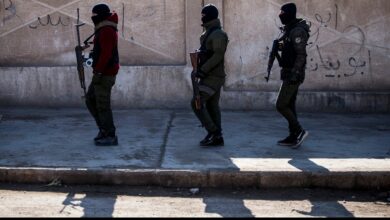