They busted down the door before sunrise and about 30 Israeli soldiers swarmed the family home.

The subject of their arrest? Twelve-year-old Ammar, whom they accused of attending a protest against the land clearances in the Naqab region. But his mother says the family is still not sure why they took him, as the boy was at home at the time.

“We don’t know exactly why they arrested him. At 5:30am, 30 Israeli soldiers hit the door with their legs. We freaked out and they asked for him while he was sleeping,” recalls Ammar’s mother.

“He is 12, he can’t go to school because he is under house arrest. The Israeli authorities banned him from going to school for 10 days starting from yesterday. I was shocked when they informed us of this. I screamed at them: ‘What could a 12-year-old do to you?’ I was so afraid they would hit or torture him in prison, he was so scared and cried,” she says.

Ammar was detained and eventually sent home. He has not spoken a word since he returned, and his family are worried about what happened to him in custody.

For days, protests in the Naqab desert have flared as the Palestinian Bedouin fight for their very existence and resist an aggressive forestation project overseen by the Jewish National Fund (JNF), a Zionist organisation.

JNF has been planting non-native pine trees on Palestinian land for decades, with the ultimate aim of expanding Israel’s settlement programme.

This particular project is worth a staggering $48m, and has full backing from the Israeli government.

The organisation has plans to raze Beer al-Sabe (Be’er Sheva) in the Naqab desert, specifically a village called Sa’wa, and according to Marwan Abu Frieh, a field researcher and Naqab (Negev) office coordinator for Adalah, a legal centre for Arab rights in Israel, the Israeli police have begun a campaign of arrests and detained about 150 people, with 40 percent of them legally being minors. Abu Frieh says at least 16 are still detained.

‘No sense of fear’

The Israeli state does not recognise the Palestinian Bedouin’s right to the land, despite the fact they hold the deeds predating the creation of the state of Israel, and their presence on the land has been recorded for thousands of years.

The father of schoolgirl Jenin, 16, was not at home when his daughter was arrested. While at work, his WhatsApp pinged like mad with images of Jenin being arrested by Israeli forces at the protests being sent to him.

Although afraid of what might happen to his daughter in Israeli custody, he also had a sense of pride that she was fighting for her homeland.

“I took permission from work and went to check on my daughter who was arrested for a few hours, and then she was sent home,” he recalls. “I asked her how she was arrested and how she felt while she was under arrest, she felt so proud of herself and she had no sense of fear.” 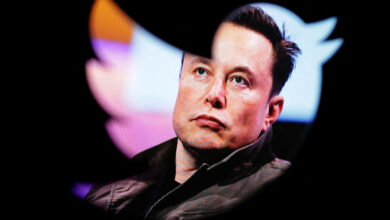